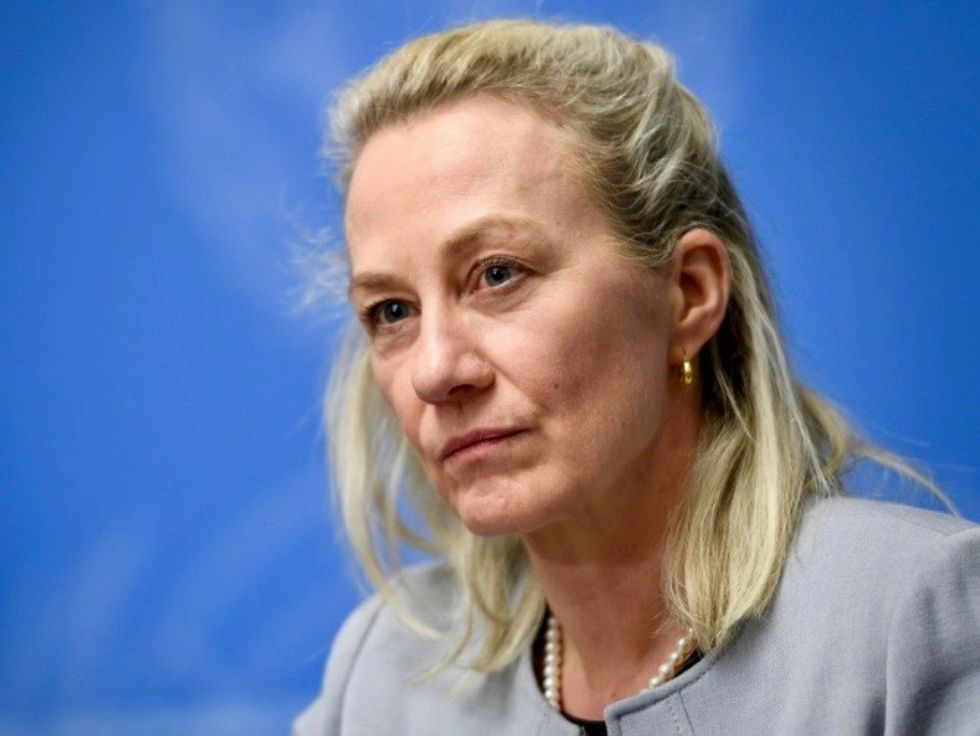 The acting top US diplomat for South Asia announced her retirement Sunday, as President Donald Trump looks increasingly likely to go a full term without a Senate-confirmed State Department official focused on the subcontinent.

Alice Wells, a career diplomat who has served as acting assistant secretary of state for South and Central Asia for most of the Trump administration, will retire on May 22 after a 31-year career, the State Department said.

"I will miss Alice's wise counsel and dedicated efforts to build relationships and address challenges across South and Central Asia," Secretary of State Mike Pompeo wrote on Twitter.

The new acting assistant secretary will be Tom Vajda, a veteran US diplomat on South Asia who was earlier consul general in Mumbai, a State Department spokesperson said.

AFP/File / SAM PANTHAKY Tom Vajda, who will take over as the top State Department official on South Asia, visits an Islamic school in the Indian state of Gujarat in 2016

Trump has called for a close relationship with India and has bonded with Prime Minister Narendra Modi, including on a visit to the country in February.

But under Trump, South and Central Asia has been the only region of the world yet to have a full-fledged assistant secretary of state confirmed by the Senate.

With six months to go before presidential elections and all eyes on the coronavirus crisis, the chances look slim that an assistant secretary will be nominated and confirmed by the Senate soon.

The administration put forward one person for the job, veteran intelligence official Robert Williams, but he withdrew his nomination in April 2019, citing personal reasons.

Wells, despite not having the authority of a presidential nomination and Senate confirmation, has been active in promoting a closer US relationship with India.

She nonetheless made headlines last year when she called on India to restore internet access and free political leaders following its clampdown in the Muslim-majority Kashmir Valley -- a rare statement of concern over India's rights record, following pressure from the US Congress.

Also last year, she made an unusually detailed case for Pakistan to be wary about a major infrastructure push by China.

Wells' departure also comes as the United States begins to pull troops from Afghanistan to end its longest-ever war, although a special US envoy, Zalmay Khalilzad, is in charge of negotiating with the Taliban.

Wells focused earlier in her career on Russia and served under former president Barack Obama as ambassador to Jordan. Trump pulled her from Amman as his administration reshaped priorities in the Middle East.