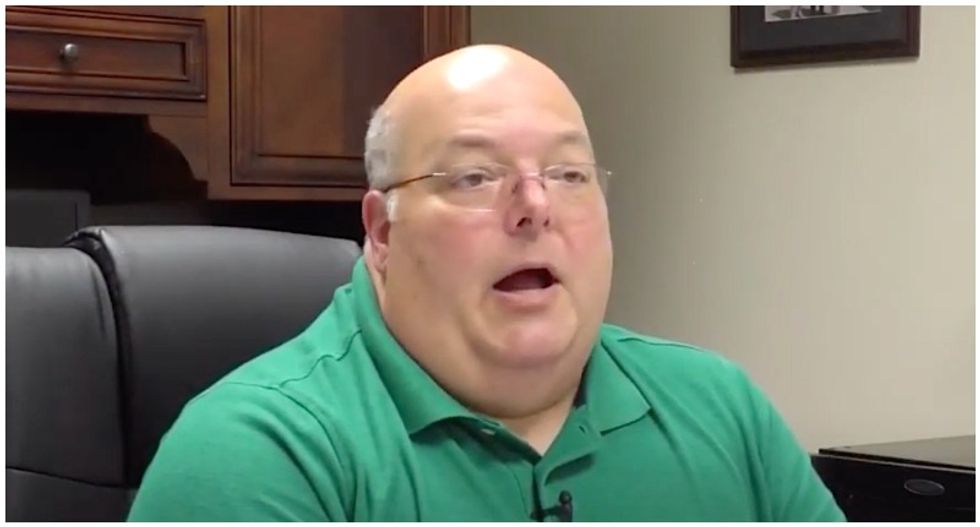 In a post to Twitter this Tuesday, the mayor of a Mississippi town asked: "Why in the world would anyone choose to become a police officer in our society today?"

The tweet from Mayor Hal Marx, which was in reference to the death of George Floyd, prompted another Twitter user to respond: "Would be nice to get a few in there that understand reasonable force, when it’s needed, and don’t give the rest of them a bad reputation."

But as the Hattiesburg American points out, it was Marx's response that set Twitter on fire.

"If you are talking about the incident in MN, I didn’t see anything unreasonable," he wrote. "If you can say you can’t breathe, you’re breathing. Most likely that man died of overdose or heart attack. Video doesn’t show his resistance that got him in that position. Police being crucified."

"I think that people are so quick to judge the police before they have all the facts," he continued. "I can't say whether a crime was committed or whether they did anything right or wrong, all I'm saying is don't rush to judgment based on what you see in that video."

"What we saw was disgusting on the part of the officer," Magee said. "It leaves me with mixed emotions. Believing and thinking that we have not gone far enough in this day and time with social media and all that kind of stuff — nobody should condone that. Everybody should condemn it, including the mayor. Skin color had nothing to do with it."

"You're sending a message to people who are barbarian, who are terrorists, you are saying it's OK. But it's not OK," Magee added. "That was somebody's son. Somebody's father. Somebody's brother. If the shoe was on the other foot, would he have the same statement to make?"

According to Marx, people are taking his words out of context.

"If you've got a different opinion, then you are somehow a horrible person," he said. "There is nothing I said that is factually incorrect or racist or has anything to do with race at all."