Trump needs an intervention because he’s like a child suffering a mental health crisis: SE Cupp 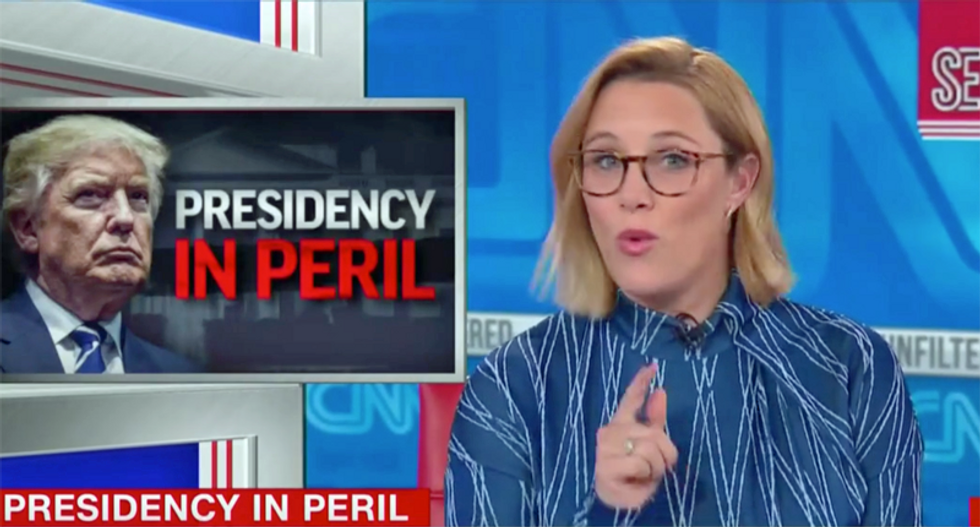 Conservative political commentator S.E. Cupp drew upon her experience as the mother of a five-year-old boy to inform her views on President Donald Trump.

"Every parent has warily confronted the hypothetical question: What would you do if you suspected your child was unwell?" she wondered. "Not physically, but emotionally unwell, or mentally unstable?"

The way she explained the scenario could just as easily apply to a child as the leader of the free world.

"Imagine learning your teenager, for example, had been yelling demeaning slurs at the girls in his class, harassing them and calling them names," she explained. "And that he’d been secretly using his social media accounts to go on late-night rants against perceived enemies, attacking their looks, and again, calling them names in unending, seething, rambling posts. Or that he’d been increasingly susceptible to bizarre and otherwise implausible conspiracy theories, and was spreading them unprompted to anyone who would listen."

"Presumably, you’d be very, very concerned. These aren’t normal behaviors, nor are they signs of a well-adjusted, healthy and happy person. They are, rather, signs of a person who has lost the ability to manage their emotions," she noted.

"Not only are these behaviors the norm for President Trump, but they seem to have worsened at one of the most precarious and critical times for our country, as we face a global pandemic that has killed nearly 70,000 Americans," Cupp noted. "Less than two weeks after unimaginably suggesting injecting disinfectants might help kill off the coronavirus, the past few days have seen him spiral out of control, proving utterly incapable of staying focused on the biggest crisis a president can face."

Read her full column in the New York Daily News.