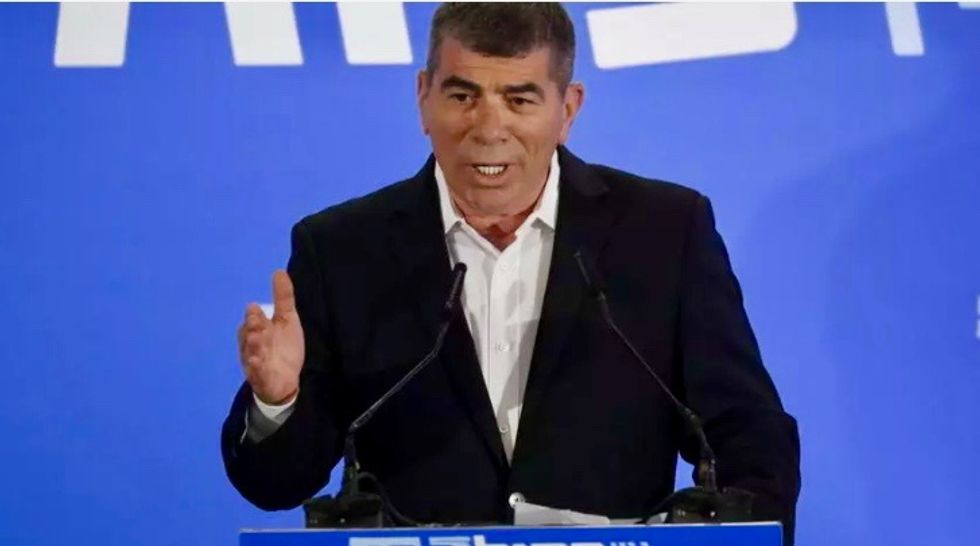 A file picture of Gabi Ashkenazi, who became the Jewish state's top diplomat when a new unity government was sworn in on Sunday Jack GUEZ AFP/File

Israel's new foreign minister said Monday that US President Donald Trump's Middle East peace proposal offered an "historic opportunity" but that regional peace deals must be maintained during its implementation.

Gabi Ashkenazi, who became the Jewish state's top diplomat when a new unity government was sworn in on Sunday, made the comments at a transition ceremony in Jerusalem.

"The plan will be promoted responsibly and in coordination with the United States, while maintaining peace agreements and the strategic interests of Israel," Ashkenazi said according to a copy of his remarks seen by AFP.

Right-wing Prime Minister Benjamin Netanyahu said, in comments shortly before his new government was sworn in, that it was time for Israel to annex Jewish settlements in the occupied West Bank.

Such settlements, home to some 400,000 Jews in the West Bank, are considered illegal under international law.

Annexing those communities is a key provision of the Trump plan, which has been rejected by the Palestinians and criticized by much of the international community.

Ashkenazi is a political ally of former Netanyahu rival Benny Gantz, the alternate prime minister and defense minister in the new unity government.

The foreign minister did not specifically mention annexation in praising Trump's plan, which also calls for the creation of a Palestinian state with a capital outside of Jerusalem.

The Trump plan also gives a green light from Washington for Israel to annex the strategically crucial Jordan Valley, an area on the border with Jordan that accounts for roughly 30 percent of the West Bank.

Jordan's King Abdullah II, speaking to German magazine Der Spiegel days ago, said: "If Israel really annexes the West Bank in July, it would lead to a massive conflict with the Hashemite Kingdom of Jordan."

Jordan and Egypt are the two countries in the Arab world that have signed peace treaties with Israel.

Referencing those deals, Ashkenazi said "peace with our neighbors is also a strategic asset and we must safeguard it."

Under the terms of the coalition deal agreed by Netanyahu and the centrist Gantz, the unity government can begin action to implement Trump's plan from July 1.

The European Union has said it was considering various diplomatic actions to stop unilateral Israeli annexations in the West Bank.