Trump ripped for praising Hitler sympathizer: ‘Another wink and nod from Trump to his Nazi-base’ 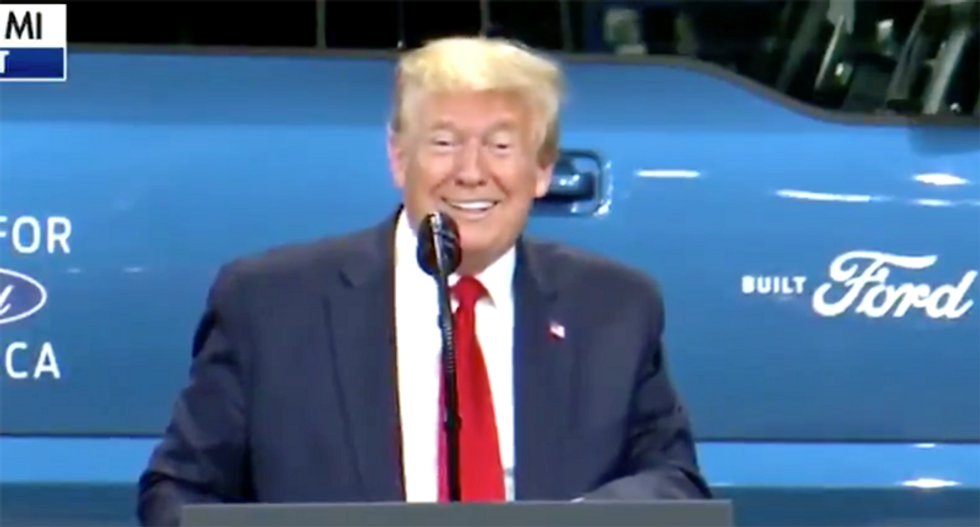 He received criticism online for talking about the "bloodlines" of Ford, who had close ties to Adolph Hitler.

Jewish Action blasted it as "a dog-whistle to antiSemites and white nationalists."

Here's some of what others were saying about Trump's comments:

Spoiler: Ford was an anti-Semite and Nazi sympathizer. And Trump has praised him in the past. No reluctance. Make o… https://t.co/BSfgUwbyXr
— David Corn (@David Corn)1590095538.0

You mean the part about him getting an award from the Nazis because Hitler liked his hot takes on the Jews? Those a… https://t.co/Toy44gK5IW
— Jeff Dufour (@Jeff Dufour)1590097903.0