Trump's administration has ordered the unmasking of over 36,000 people in three years -- higher than Obama 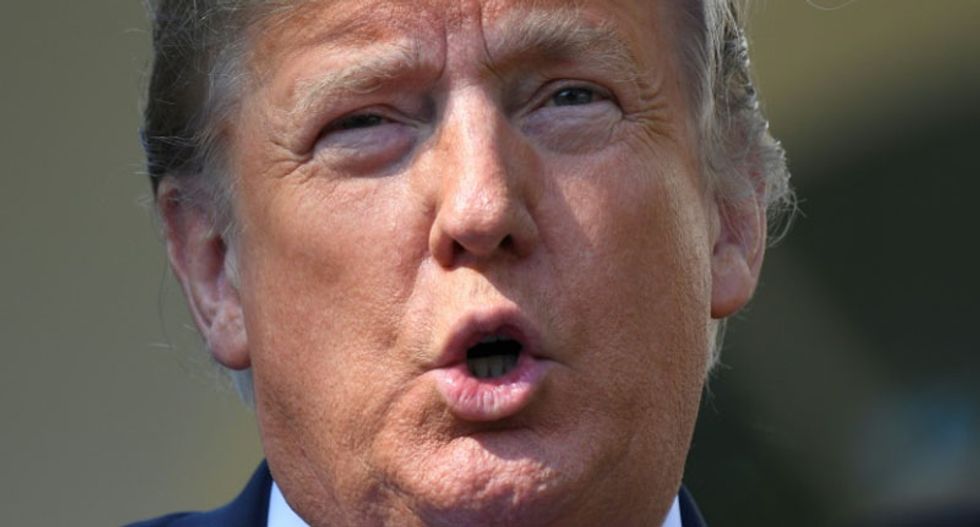 President Donald Trump is desperately trying to create another scandal about former Vice President Joe Biden after it became clear that Ukraine wouldn't agree to lie for him.

After abandoning his campaign against Biden's son, Trump decided to make Lt. Gen. Michael Flynn's shady Russia dealing that became part of another scandal that plagued Trump. Biden, Trump says, was a key player in the unmasking of Flynn from the intelligence monitoring the Russian ambassador. It isn't a new story, in fact, three years ago it was revealed that former Obama administration national security adviser Susan Rice was the one who ordered the unmasking. Three years later, Trump's team has decided it's a scandal and Biden is to blame.

According to the Associated Press, however, the unmasking of someone is so frequently done that Trump has ordered the unmasking of over 36,000 people while in office. The numbers are significantly higher than Obama.

"The number of unmasking requests began being released to the public in response to recommendations in 2014 from the Privacy and Civil Liberties Oversight Board," the AP reported. "There were 9,217 unmasking requests in the 12-month period between September 2015 and August 2016, the first period in which numbers are publicly available. The period was during the latter years of the Obama administration. The number rose during the Trump administration. The 9,529 requests in 2017 grew to 16,721 in 2018 and 10,012 last year."

It adds up to over 36,200 cases of "unmasking" under Trump's leadership, higher than Obama's numbers in the years reported. Trump has not revealed the details about those over 36,000 cases, he's only focused on the unmasking under the Obama administration.

Read the explainer from the Associated Press.