Trump's CDC released guidance for reopening — but they took out the section on churches and won't say why: AP 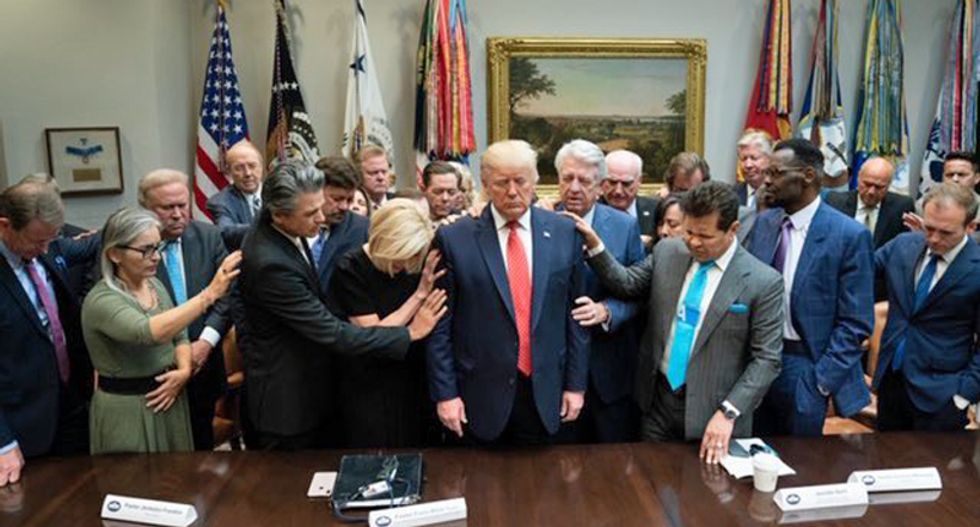 The Centers for Disease Control and Prevention posted their "long-delayed guidance" on reopening the economy, the Associated Press reported Thursday.

"The tools are for schools, workplaces, camps, childcare centers, mass transit systems, and bars and restaurants. The CDC originally also authored a document for churches and other religious facilities, but that wasn’t posted Thursday. The agency declined to say why," the AP noted.

"Early versions of the documents included detailed information for churches wanting to restart in-person services, with suggestions including maintaining distance between parishioners and limiting the size of gatherings," the AP reported. "The faith-related guidance was taken out after the White House raised concerns about the recommended restrictions, according to government emails obtained by the AP and a person inside the agency who didn’t have permission to talk with reporters and spoke on condition of anonymity."

More than a week after my and @MikeStobbe's reporting about the shelving of CDC docs by the WH, edited versions of… https://t.co/KebJ6rz9TQ
— Jason Dearen (@Jason Dearen) 1589489396.0