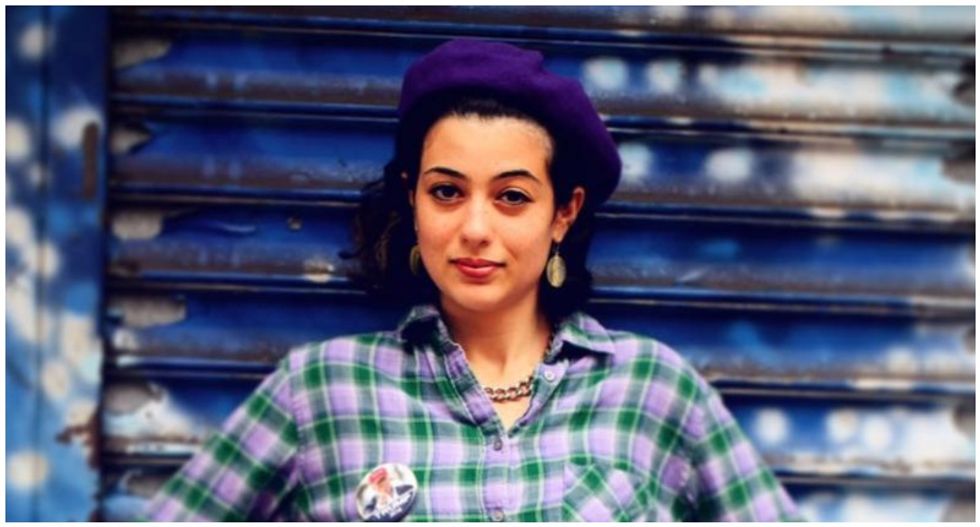 Goldberg, who is now 19, was traveling through Israel when the coronavirus pandemic hit and has been trapped there since February. Speaking to Brooklyner, she said that Israel's response to the virus was “very much opposite to the U.S. response," adding that it was “quick and strategic.”

“They began with banning visitors coming in from China, then Italy, then Europe, and then shortly all international tourists in a matter of weeks. The country went into quarantine very soon after. Bus drivers were not permitted to take cash, the workforce got cut down severely, and schools were canceled,” Goldberg said. “The result of this hastened reaction has led to there being fewer cases of COVID-19 [compared to the U.S.] in Israel and few deaths.”

According to Goldberg, if Trump had acted faster, the “situation in the U.S. would have been much better.”

Goldberg says her evolution away from Trump began with his "both sides" comments in regards to the "Unite the Right" rally in Charlottesville back in 2017. Goldberg says she wasn't able to comprehend how Trump "could morally, as a president of the greatest free nation in the world, allow himself to take actions such as separating illegal children from their parents, completely go against the advice of his politically experienced advisors on issues such as dealing with the Kurds, and make a joke out of America in the eyes of the world every single day with his obscenely inappropriate tweets.”

“I believed in many principles of the Republican party that unfortunately are not even relevant anymore seeing as the Republican party has been taken over by the Trump agenda– not a conservative agenda, not a Republican one, not a constitutional one, but a Trump one,” Goldberg explained. “Now, having different very different political views, although some of my stances have not changed, especially in regards to my support, or lack thereof, of Trump, I look back and know full heartedly that I supported him for the right reasons.”

Read her full interview over at The Brooklyner.