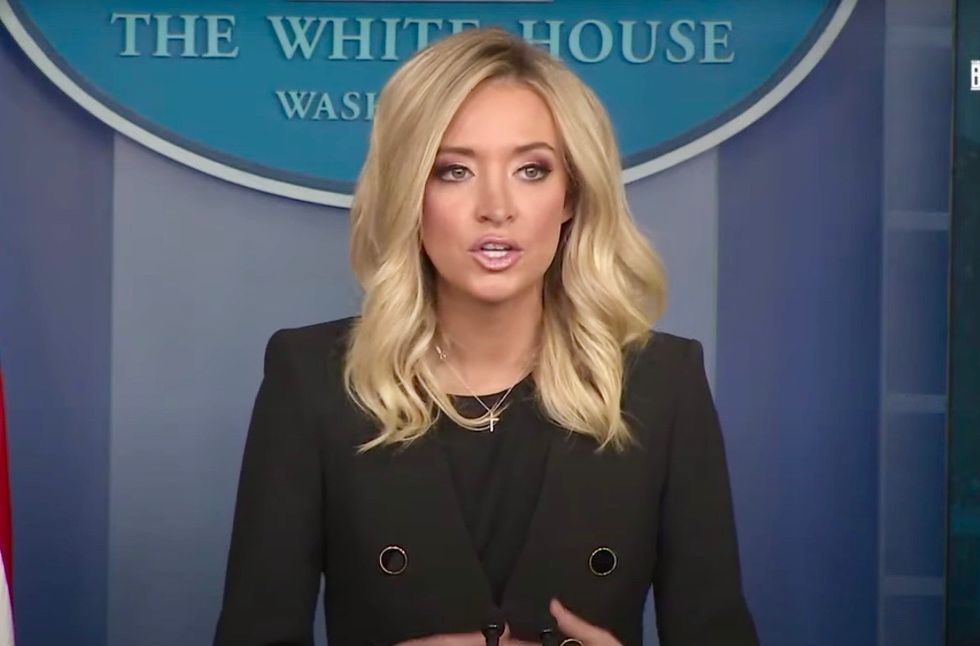 "To start with these words is a 100% guarantee that you WILL be lied to on an EPIC scale."

Newly-minted White House press secretary Kayleigh McEnany on Friday gave reporters their first regular briefing in the press room in over a year and kicked off the event by promising the media and American people, "I'll never lie to you."

"You have my word on that," said McEnany.

But McEnany lied repeatedly over the course of the 32 minute briefing—the first outright falsehood, as Vox reporter Aaron Rupar noted, coming just 15 minutes after her pledge to the truth.

McEnany's first lie from the White House podium came in response to a question about comments President Donald Trump made earlier in the day characterizing Tara Reade's sexual assault allegation against Joe Biden as "far more compelling" than the accusations made against Supreme Court Justice Brett Kavanaugh during his confirmation hearings. Asked to flesh out Trump's thinking, McEnany characterized the Kavanaugh allegations as "verifiably false."

The complaints against Kavanaugh, while not proven, were not found to be "verifiably false"—they were found to be credible.

The secretary followed up those lies by lying about newly published FBI documents and notes about the investigation into General Michael Flynn, the disgraced former National Security Advisor to President Donald Trump. Flynn faces up to five years in prison for lying to the FBI during the course of the investigation though federal prosecutors have asked for only a six month sentence after his guilty plea.

At the podium, McEnany implied that FBI notes laid out a plot to trick Flynn into lying to investigators—but the notes only offer it as one option for investigators along with determining if the advisor was telling the truth about his communications with Russia.