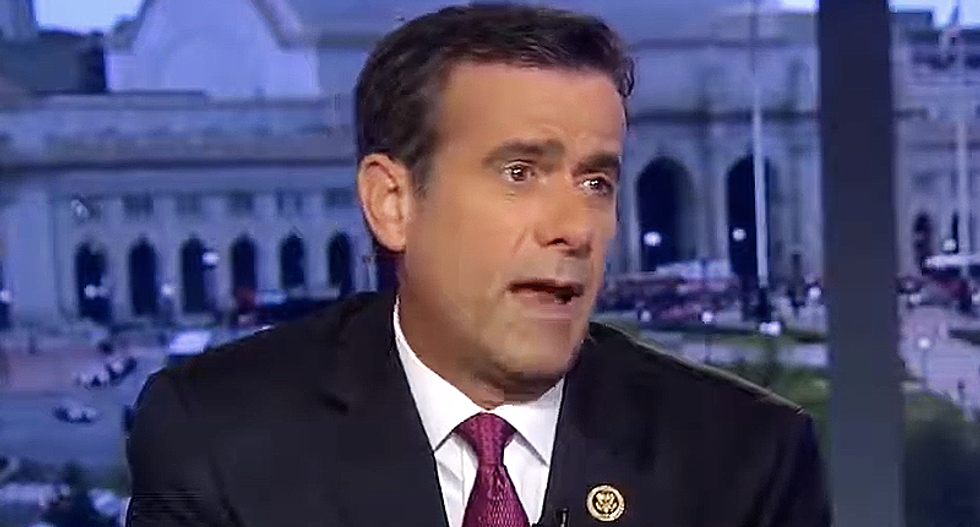 The top person in charge of United States intelligence agencies is one of the most important jobs for American national security. One would assume that the individual chosen probably shouldn't believe that the Sept. 11 attacks were an inside job.

A new report from the Daily Beast reveals that those are the people President Donald Trump's director of national intelligence Rep. John Ratcliffe (R-TX) follows.

"Ratcliffe’s official, verified campaign Twitter account follows several accounts on the political fringe, including a 9/11 Truther account with just one follower besides himself and four promoting the outlandish QAnon conspiracy theory, which posits that the world is run by a cabal of Democratic pedophile-cannibals — and has been ruled a potential source of domestic terrorism by the FBI."

The conspiracy theorists that Ratcliffe follows cover a wide range of theories that extend beyond 9/11 and PizzaGate. One posted that somehow former President John F. Kennedy Jr. faked his own death to help Trump take down the "deep state" over 20 years before he was elected. Another claim is that there is a Democratic sex dungeon in a D.C. pizzeria.

“Congressman Ratcliffe is a partisan politician who has spent the last two years promoting conspiracy theories in defense of Donald Trump," committee member Sen. Ron Wyden (D-OR) told the Beast before Ratcliffe was nominated to the post.

It's unknown the degree to which Ratcliffe follows such conspiracy theories, but it's something that would normally come up in a committee hearing for a White House appointee. That hearing is Tuesday.

“Ratcliffe would be the least qualified person to run the intelligence community, ever, and that includes Ric Grenell,” said former CIA and National Counterterrorism Center analyst Aki Peritz. “The hardest job for any intelligence officer is to speak truth to power. Based on Ratcliffe’s past performance, it’s doubtful he can resist the urge to politicize intelligence on behalf of Donald Trump.”