Venezuela says it foiled an incursion by 'mercenaries' 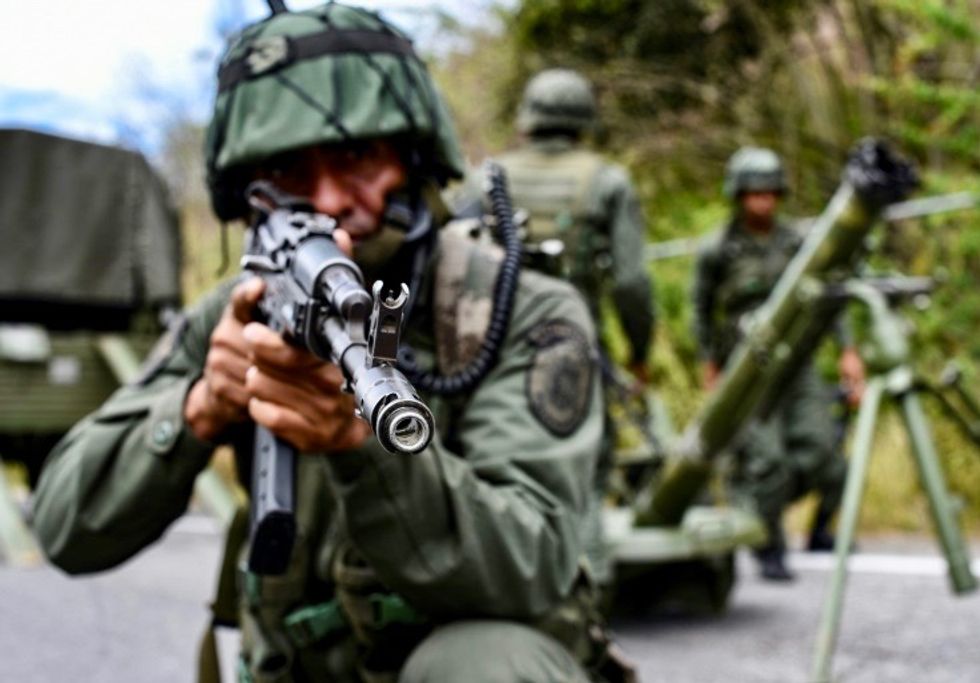 Interior Minister Nestor Reverol said the group, which he said originated in Colombia, tried to land aboard fast boats before dawn in the northern coastal state of La Guaira but were intercepted by the military and special police units.

"Thanks to the opportune, effective action of our Bolivarian Armed Forces and special police action forces of the National Bolivarian Police, some were shot down and some were detained," said Reverol, speaking on state television.

Reverol said the group attempted to land on a beach at Macuto, about an hour north of the capital Caracas.

A massive air, sea and land search was underway for remnants of the attackers, he said.

Cabello said the operation was "orchestrated" by the United States and its Drug Enforcement Agency (DEA), with support from its staunch South American ally, Colombia.

He said one of those killed was Roberto Colina, a former Venezuelan army officer linked to retired general Cliver Alcala.

Alcala, a Maduro critic, hit the headlines in March when he surrendered to DEA agents in Colombia and was flown to New York after he was indicted along with a dozen others, including the president, on drug-trafficking charges.

One of the two people detained is a DEA agent, he said.

"We are going to confront this with all the instruments the Constitution guarantees us....with the use of force when necessary to preserve internal order," said Cabello, who is also the speaker of the country's all-powerful Constituent Assembly.

Speaking beside him on the steps of the Legislative Palace in Caracas, Reverol said a speedboat used in the raid, as well as 10 rifles and two machines guns, had been stolen from a Venezuelan army depot in April 2019.

Venezuela frequently accuses Colombia of fomenting plots to overthrow the Maduro government, and of allowing "mercenaries" to train in its territory.

Bogota's foreign ministry dismissed the accusation as an "unfounded attempt to involve the government of Colombia in a speculative plot."

The Colombian government of President Ivan Duque has denounced Maduro as a "dictator." The two broke off diplomatic relations between their countries last year.

Under Maduro, the once oil-rich South American country has spiraled into the deepest economic crisis in its history, one accentuated by US sanctions and now the coronavirus pandemic.

Millions of its citizens have migrated abroad -- many of them to neighboring Colombia -- to escape deepening poverty and repression.

But so far, Maduro has weathered challenges to his rule, notably from opposition leader Juan Guaido, who declared himself acting president in January 2019 with the backing of the United States and more than 50 other countries.

Guaido claimed the affair was "staged" by the government, to be used as an excuse to "continue the persecution" of opposition figures.

According to Reverol, the group planned to carry out "terrorist attacks," including assassination of regime leaders.

The plan aimed "to increase the spiral of violence, generate chaos and confusion ... and with that lead to a new attempt at a coup d'etat," he said.