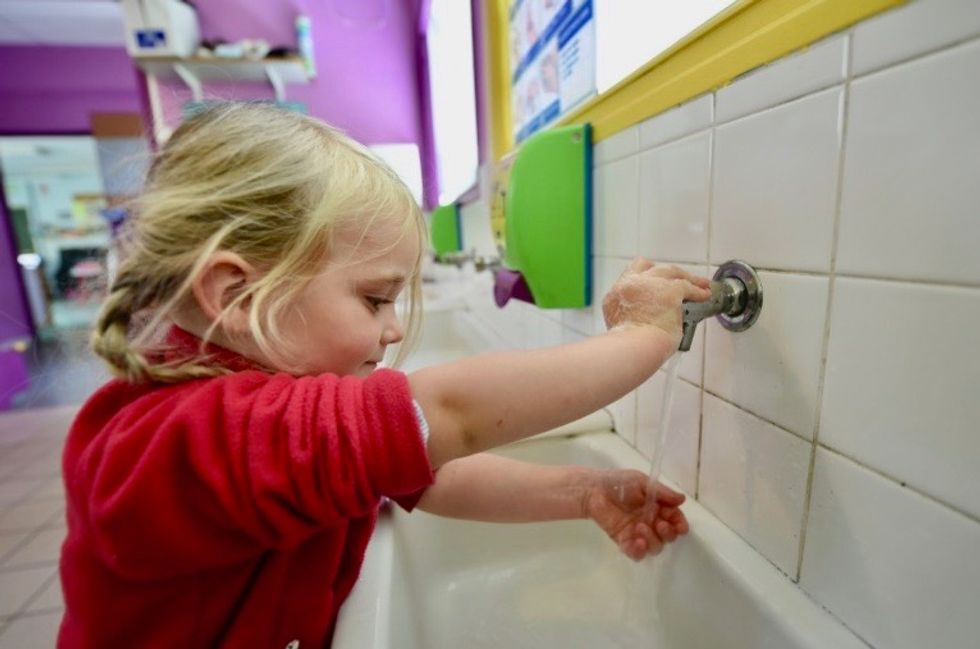 Every week, it seems, the list of coronavirus symptoms -- ranging from disagreeable to deadly, from "COVID toes" to toxic shock -- grows longer.

What began as a familiar flu-like cluster of chills, headaches and fever has rapidly expanded over the last three months into a catalogue of syndromes affecting most of the body's main organs.

The new coronavirus can also push the immune system into overdrive, unleashing an indiscriminate assault on pathogens and their human hosts alike.

"Most viruses can cause disease in two ways," explained Jeremy Rossman, a senior lecturer in virology at the University of Kent.

"They can damage tissue where the virus replicates, or they can cause damage as a side effect of the immune system fighting off the disease."

Doctors suspect, for example, that COVID-19 is behind the hospitalization in recent weeks of more than 100 children and adolescent in New York, London and Paris diagnosed with a disorder similar to toxic shock syndrome that attacks blood vessel walls and can cause fever, vomiting and in extreme cases organ failure.

Three deaths in New York state have been attributed to so-calling paediatric multi-system inflammatory syndrome, with two others deemed likely.

In adults, COVID-19 had been linked in dozens of medical studies to other life-threatening symptoms, including strokes, heart damage and brain swelling.

"After recovery from COVID-19, young men who are interested in having children should receive a consultation regarding their fertility," they advised.

Does that mean that COVID-19 causes a uniquely broad array of symptoms? Not necessarily, virologists and other experts say.

"If it is a common disease, then even rare complications will happen frequently," Babak Javid, a consultant in infectious diseases at Cambridge University Hospitals, told AFP.

There are more than 4.1 million confirmed COVID-19 cases around the world, but the true number of infections -- taking into account undetected and asymptomatic infection -- "is going to be in the tens, possibly hundreds of millions" he said.

Some of the rare symptoms associated with the new coronavirus also show up with influenza, which kills several hundred thousand people worldwide every year, he noted. But with a crucial difference: "Compared to influenza, you are much more likely to become seriously ill, and to die."

The number of confirmed COVID-19 deaths is fast approaching 300,000.

Frontline general practitioners have been the first to see patterns as the pandemic spread across the globe from ground zero in central China in a matter of weeks.

"At the outset, we were told to watch out for headaches, fever and a light cough," recalls Sylvie Monnoye, a family doctor in central Paris.

"Then they added a runny nose and a scratchy throat. After that, digestive problems, including stomach aches and severe diarrhea."

- A feeling of confusion -

"We started to think that we should suspect everything," Monnoye said, dressed from head-to-toe in protective wear.

Some patients were so terrified, she added, that they cowered in the corner of her office afraid to touch anything or get too close to her.

An internal US Centers for Disease Control (CDC) report with a breakdown of symptoms for 2,591 COVID-19 patients admitted to hospital between March 1 and May 1 chimes with such anecdotal accounts.

Three-quarters of the patients experienced chills, fever and/or coughing, with nearly as many showing shortness of breath.

These are, by far, the most common COVID-19 symptoms.

Nearly a third complained of flu-like muscle aches, while 28 percent experienced diarrhea and a quarter nausea or vomiting, according to the internal report, leaked to the media.

Some 18 percent had headaches, while 10 to 15 percent were hit by chest or abdominal pain, runny nose, sore throat and/or a feeling of confusion.

Less than one percent of the CDC cohort had other symptoms, including seizures, rashes and conjunctivitis.

Health authorities have been slow in alerting the public to this panoply of possible impacts.

Until the end of April, the CDC itself only listed three on its website: coughing, fever and shortness of breath. The update included only a few more: chills, muscle pain, headaches and loss of smell or taste.

A loss of smell and taste was found in only 3.5 percent of patients included in the CDC report, but experts suspect these symptoms are -- for reasons unknown -- more prevalent in less severe cases where people were not hospitalized.

"I don't have any patients with these symptoms who had serious complications," said Monnoye.

The loss of taste and smell, experts note, is extremely rare with other types of virus.

Another cluster of symptoms rarely found in flu patients appears to arise from blood clots.

Heart problems, liver thrombosis, lung embolisms and brain damage in COVID-19 patients have been traced to such clots in recent studies.

"When one is very sick with COVID, you can have a problem with blood clots forming, and that seems to be much, much more common than with other viral infections," added Javid.

"COVID-associated 'rashes' seem to be as numerous as they are hard to pin down," dermatologist Graeme Lipper said on Medscape, a medical information website.

A condition known as pseudo-chilblains, or "COVID toes", has garnered the most attention, with photos on social media showing digits discolored as if with frostbite.

Like loss of smell, the symptom -- which can cause painful itching and burning -- is associated with benign forms of the virus.