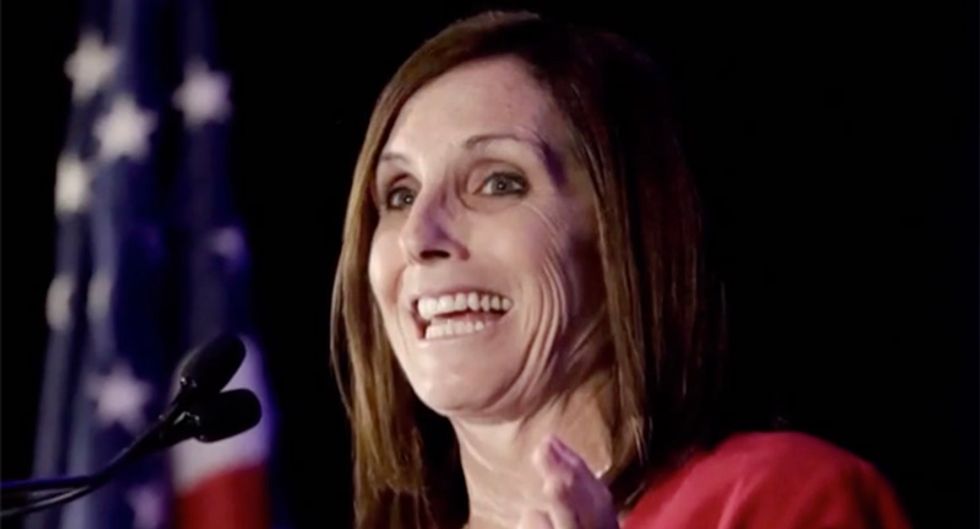 Sen. Martha McSally (R-AZ), who polls suggest is in grave danger of losing her seat to Democratic challenger Mark Kelly, is trying to save her job while mentioning President Donald Trump as little as possible.

The Daily Beast reports that McSally recently wrote an editorial in the Arizona Daily Star that focused on China's role in covering up the severity of the COVID-19 pandemic that also never mentioned Trump by name once.

The publication also notes that McSally has done her best to avoid taking any controversial stances on hot-button issues throughout her Senate career.

"During her close race to replace Flake in 2018, for example, she refused to say whether she supported the nomination of Brett Kavanaugh to the Supreme Court until after he was confirmed," The Daily Beast reports. "The senator has also ducked questions from Arizona press about threats by Senate Majority Leader Mitch McConnell (R-KY) to block state and local funding in future coronavirus relief bills, and dodged a question about early warnings in the White House about the potential danger of the coronavirus three times when asked by Fox Business Channel host Neil Cavuto."