WATCH: Gay couple accuses store of kicking them out for shopping together 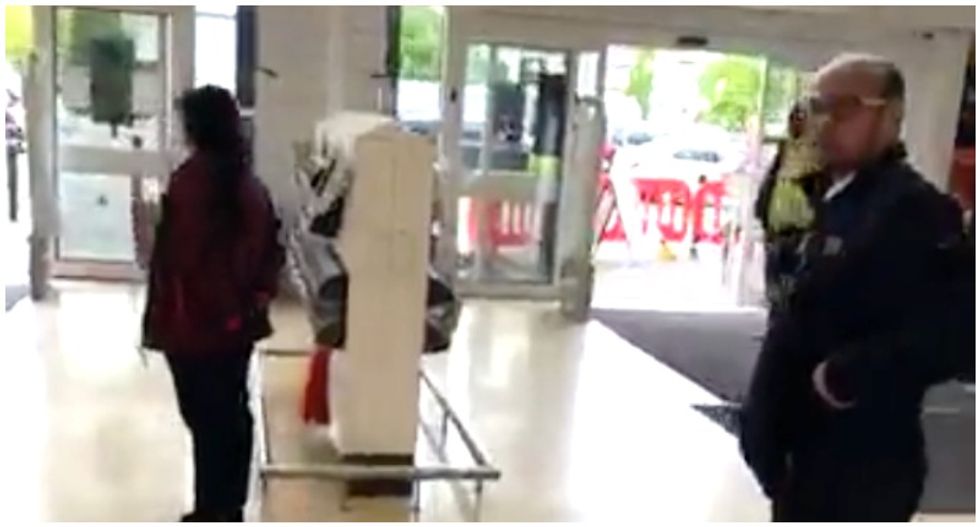 A gay couple claims that they were kicked out of a U.K. grocery store because they were shopping together, LGBTQ Nation reports.

That's when Holliday took out his phone and began broadcasting the incident on Facebook Live.

“So I said to the [security guard] politely, ‘We are actually a couple,'” Holliday told the store manager. “He got very angry, very irate for no reason. I’ve not been rude at all to him.”

“It’s nothing at all to do with your sexuality,” the manager replied.

“Well, it feels that way,” Holliday said. “Very much so.”

The manager then reiterated that the store only allows people to shop individually.

“That’s fine if we were told at the entrance, but we wasn’t,” Holliday said. “So you’ve not done your job properly anyway because you let numerous couples into this shop.”

The manager told Holliday that he could continue shopping as long as it's done individually, but Holliday decided to leave, telling the manager that he'd never shop at the store again.