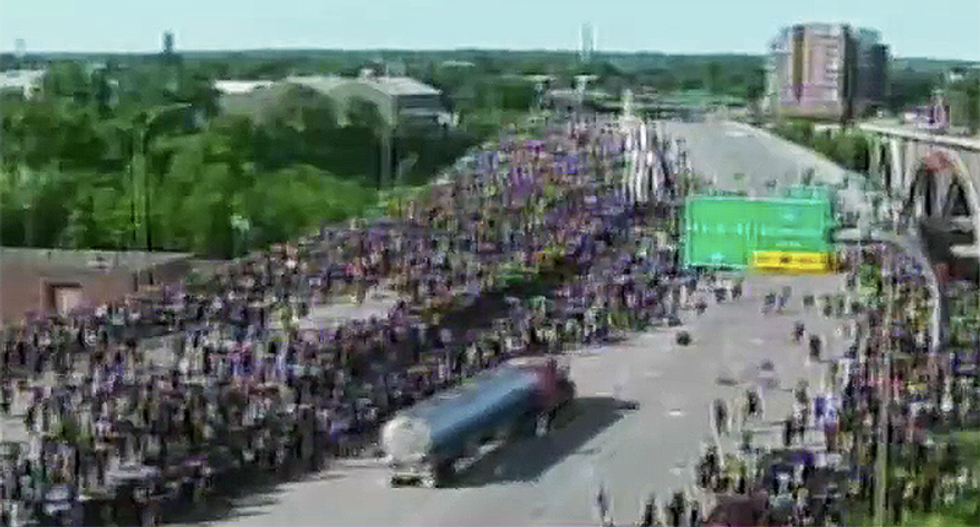 A tanker truck drove into a crowd of people in Minneapolis Sunday afternoon as protests continued to escalate.

Americans have taken to the streets to protest police brutality that continues to take the lives of people of color.

WCCO, the CBS affiliate in Minneapolis, showed footage of the truck speeding quickly toward the crowds of people. People rushed to those who were injured and to try and stop the truck.

A formation of officers then formed to move people from the highway. Protesters stood with their hands up, the universal sign used by protesters to indicate that they are unarmed and not to shoot them.

Police then drove their police cars to the highway to continue to move people and block traffic.

‘We’re not releasing a copy of the warrant’: Trump allies ‘circling the wagons’ after Mar-A-Lago search

Former President Donald Trump has no plans to release a copy of the search warrant FBI agents obtained for his residence at Mar-A-Lago.

The former president is free to share a copy of the warrant to clear up confusion about what investigators were looking for, but a source close to the president told NBC News that it's the DOJ's responsibility to notify the public, but not Trump's.