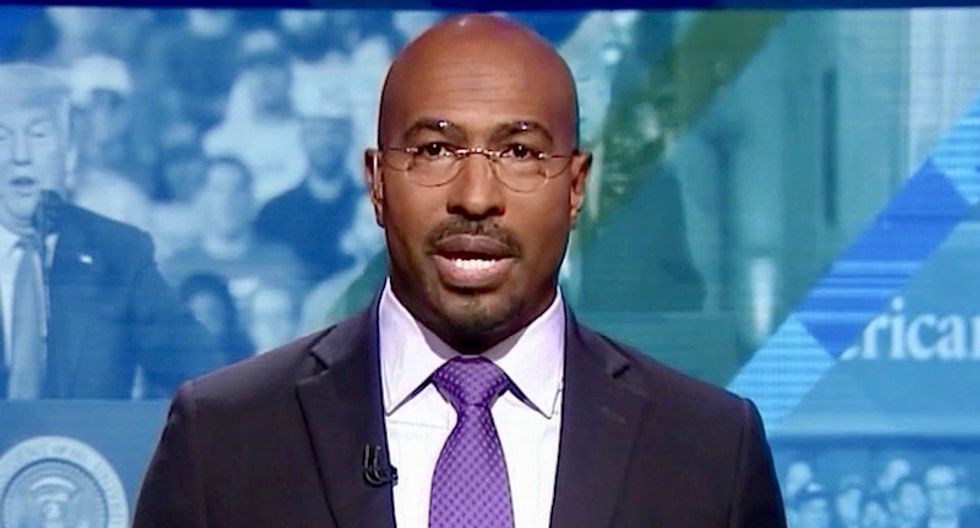 On CNN Saturday, commentator Van Jones warned that the prosecution of the Minneapolis police officer involved in the death of George Floyd sets him up to be let off easy.

"The idea that you could have a lynching, you know, an officer lynch a man," said Jones. "That was a lynching. Not one minute, not two minutes, not three minutes, six, seven, eight minutes, depriving someone of oxygen, a spectacle in front of a whole community, you have a lynching. You have not just an officer doing it, but you have three police officers there and do nothing to intervene, in fact defend him. You can then give — I've never heard of third degree murder. I'm an attorney. I'm in my 50s. I've never heard of third degree murder. Not to arrest the other officers and we're all going to say thank you very much and go back to what we're doing."

"You know, if you have third degree murder, this guy is going to plea down to a traffic ticket," said Jones. "I've been black a long time. We're not stupid. This is the beginning of an exoneration, not a conviction. We're very sophisticated in our community about how law enforcement works. But you always get a bunch of charges in the community, in the hood, you'll get 57 charges, and then you'll plea down to four."

"When you start off with third degree murder or fifth degree murder, making up murder charges, then, no, the community understands that we're on a glide path to an exoneration," Jones concluded. "And it actually accelerates the protests across the country, as you could predict if you knew anything about the Black community."