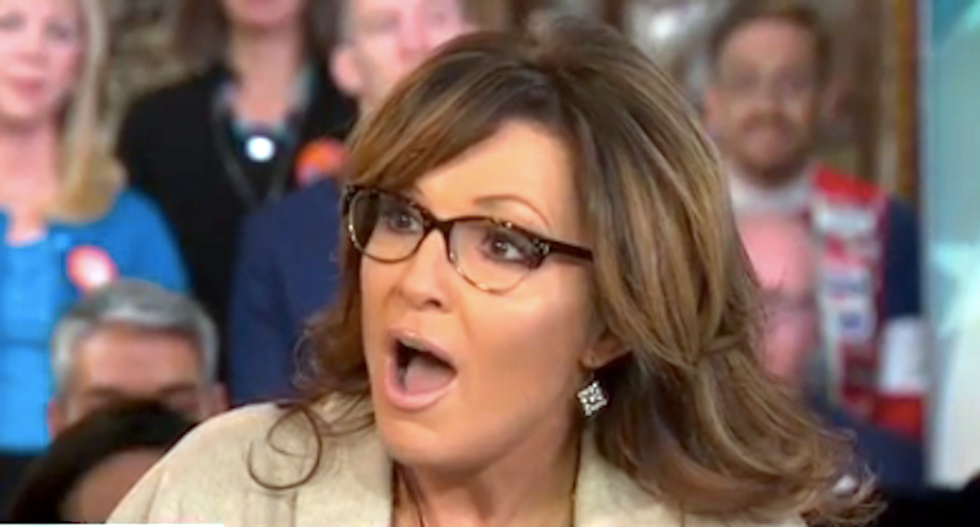 A few years ago, astrophysicist Neil deGrasse Tyson hosted a debate at the Hayden Planetarium in New York on what he called the "50/50 proposition" that the universe we perceive is a computer simulation created by an outside intelligence. This was somewhere between a prank and a thought experiment: It's not clear whether Tyson actually believes that is likely or plausible, and it wasn't lost on anyone that this entire hypothesis is a way to reverse-engineer divine creation in vaguely scientific language.

I don't claim to understand the cosmological issues involved, but in philosophical or theological terms, there's no discernible difference between suggesting that our reality is an enormous video game designed by unimaginably superior aliens and "In the beginning God created the heavens and the earth." Both propositions can be understood to explain certain things that otherwise lack explanation; neither can ever be proved or falsified, which puts them outside the realm of human knowledge.

I've been thinking about improbable explanations and the limits of human knowledge a lot lately; I bet we all have. Reasonable explanations, after all, are hard to find: In a span of less than nine months, we have seen the president of the United States, apparently just spitballing, suggest detonating nuclear bombs inside hurricanes and injecting household disinfectants into human bodies. Lest we forget — and the human mind cannot encompass all the absurdities — Donald Trump also suggested buying Greenland from the Danish government, and that one wasn't a freestyle brainstorm yanked directly from his capacious ass. He was apparently dead serious, as indicated by his description of Prime Minister Mette Frederiksen's response as "nasty," an adjective only used for women Trump feels have humiliated him.

In a sequence of events nearly as embarrassing, we saw former New York Mayor Mike Bloomberg embraced by mainstream pundits and numerous Democratic insiders as the perfect Trump-remedy nominee and likely next president — an elite consensus that was then rapidly consigned to the memory hole as soon as Bloomberg stood on a stage and tried to talk on live television. Seriously, do you now remember that every New York Times fence-straddling columnist and every American big-city mayor had inhaled the fumes off Bloomberg's kazillions and boarded the zombie bus? Does Tom Friedman now remember writing, three months ago, that Bloomberg had "the right stuff" and was "a moderate progressive with a heart of gold but the toughness of a rattlesnake," in a stentorian call to arms that never once mentioned Joe Biden? Shruggie! Didn't happen!

In the kind of perfect counterpoint that only makes sense in the nightmare logic of 2020, we saw Sarah Palin, once upon a time, in the real world, the Republican vice-presidential nominee — and without a doubt the stylistic and rhetorical precursor to Trump — wearing a genuinely terrifying pink-and-turquoise bear costume and performing "Baby Got Back." By general consensus, that event signaled that we had snapped the tether to previously existing reality and caused all descriptive language to wither into meaninglessness.

We often resort to metaphors about a narrative frame in our vague, vain efforts to comprehend the tragedy, degradation and idiocy of America in 2020: Year 4 of Donald Trump, Year 1 of the coronavirus pandemic. The simulation is breaking down, we may say, or this is the "worst timeline," an offhand reference to alternate-universe fiction or our pop-science understanding of multiverse theory. Or we tell each other, wow, the show really went off the rails this season: The writers got their contract renewals and are doing ayahuasca with a shaman, or phoning it in from the Maldives. Somebody should tell them, ha ha, that they've literally lost the plot.

The problem with these jokes — and I've indulged as much as anyone — is that we're letting ourselves off the hook. America in 2020 has become a nation of passive consumers, of watchers and commenters and sarcastic, superior know-it-alls. To a large extent, that's why we have Trump and the pandemic in the first place. They were not inflicted on us by the designers of the simulation. We called them into being, as an expression of who we are and what we have become. Our worst and most toxic delusion is that we can find a way to undo those things and get back to the "real" world, the "normal" timeline, the way things are supposed to be.

Way, way back in that forgotten land of so-called real reality, I sat in a middle-school cafeteria in New Hampshire in the winter of 2016 and listened to Jeb Bush tell an audience of sober, normal-looking country-club Republicans that we had to get back to "regular-order democracy" or we were in big trouble. You know who introduced him at that event and aired out a few homespun gags about how crazy Bush's principal opponent was? Sen. Lindsey Graham of South Carolina, that's who. Even at the time, the plaintive, pleading appeal to a fading sense of shared normalcy struck me as important. But of course I really had no idea; nobody did.

If we keep blanking out on the most absurd and ghoulish sideshow elements of our national tragic farce, I guess that's understandable. Many of us have spent most of the last two months indoors, with our children out of school going through the largely empty rituals of "remote learning." Nearly 100,000 people have died in a viral pandemic that didn't have to be anywhere near this bad — and the true number is probably quite a bit higher, despite a passionate crusade by the paranoid right to prove that it was all a plot hatched by pointy-headed liberals who went to school and learned big words, and quite likely none of it happened at all.

Oh, and while that's been happening the Trump administration has launched an entirely unsubtle authoritarian assault on the so-called institutions of democracy and the so-called rule of law. The rest of us are fighting back vigorously with can-you-believe-this Facebook posts, Zoom cocktail hours, pious sermons about "self-care" and episodes of ritual wailing.

I have moments of grudging admiration for the cosplay fascists of the anti-lockdown "movement," fighting for their right to go back to Buffalo Wild Wings or whatever. In their version of the simulation, at least they're acting (in both senses of the word), even if their worldview consists almost entirely of paranoid imagination and their conception of "freedom" is impoverished beyond anything Orwell could have imagined. To the rest of us, of course, they present as another impossible plot twist in a laughable series, another thing that couldn't have happened but did. We watch, we are amazed; we feel increasingly powerless.

If we go with the parsimonious explanation that reality is actually reality, at least for now, then we need to start taking responsibility for having created it — and for changing it. There has been way too much faith that the conventional narrative would take over at some point and set everything to rights. This was essentially victimology — we were stricken, sad and helpless, but Daddy would save us — and an especially pathetic appeal to mythology.

We had the Russia investigation, apparently lifted from an airport paperback thriller, with its endless Dan Brown-style promises that a vast conspiracy would soon be unveiled. We had lantern-jawed Robert Mueller, with his lugubrious prep-school headmaster's demeanor and his Brooks Brothers suits, projecting a vision of honor and rectitude that made him a #Resistance hero until it was revealed to be utterly useless against the rising tide of Trumpian unreality. (How many other supposed investigations were there that were sure to bring down Trump? How many times has Rachel Maddow looked into the camera and said, in tones of deep meaning, "The Southern District of New York"? WTAF?)

We had a hastily-baked impeachment over a scandal that didn't bear looking at too closely — remind me again why the U.S. is involved in a proxy war on Russia's western borders? And when you and I got to vote on that? — and wasn't even close to the worst thing Trump has done. All of it amounted to a desperate appeal to an old order that had already failed, a "normal" status quo ante that was exactly what got us here in the first place.

When I say we should take responsibility for our current ludicrously disordered reality, I don't just mean by electing somebody who isn't Donald Trump. I won't argue against that outcome, but the exaggerated focus on the endless carnival of presidential politics — culminating in an election decided by a handful of votes in a handful of states — is an important aspect of American pathology, not to mention the systematic disempowerment of the American public.

Moreover, the entire 2020 campaign, to this point, feels like another perverse plot element introduced by the aliens for shits and giggles, and in that sense the encroaching sense of morbid anxiety around the November election is justified. Will we ever get to that part of the story? If we do, will the pages be blank? Will Joe Biden, not much more than a video shimmer in a locked-down basement of the matrix, or a peripheral character the writers have barely sketched in, even play a role in whatever gothic drama unfolds over the next few months?

To be amazed and entertained by the spectacle of Sarah Palin riding a nuke into Greenland in her pornographic furry suit while democracy evaporates into the salty residue of fascism — and what are horror and outrage, if not modes of entertainment? — is to become uncredited co-authors of this grotesque narrative, while protesting that we have no idea how any of this could possibly have happened. Humans default to metaphor in order to deflect responsibility, which may have been the point of Neil deGrasse Tyson's exercise. Where are the brilliant but malevolent aliens who programmed this godawful simulation? Look in the mirror.