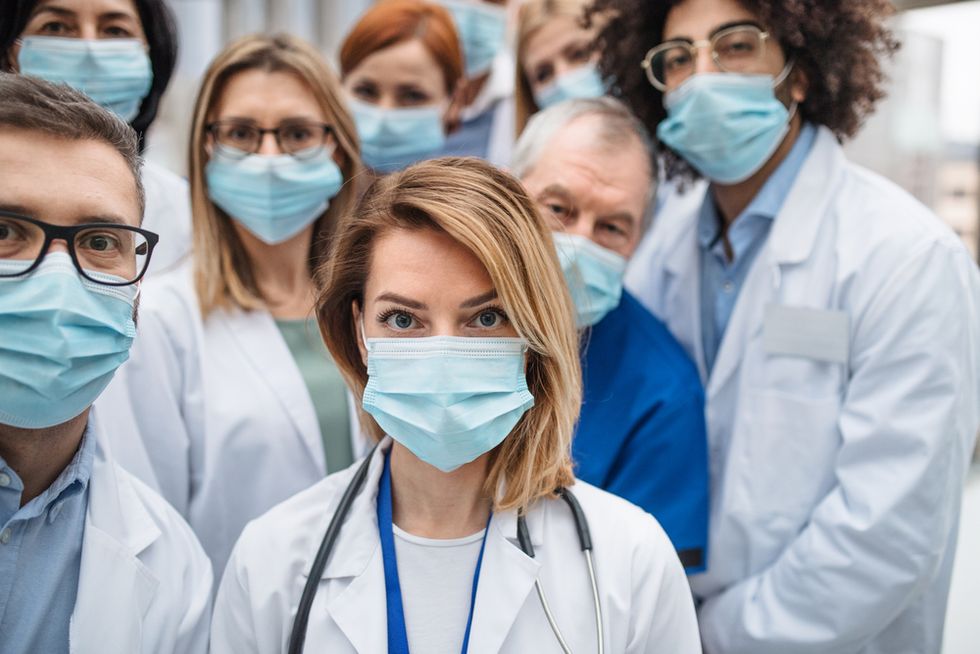 On Tuesday, The Daily Beast reported that Dr. Rick Bright, a top health official in the Trump administration, filed a formal whistleblower complaint alleging that the administration disregarded a warning about critical mask shortages in late January.

"The complaint from Dr. Rick Bright, who led the government’s efforts to find a vaccine for the coronavirus before being reassigned to a position at the National Institutes of Health, details — what he describes as — a staggering degree of inaction from administration officials bracing for a historic pandemic," reported Sam Stein. "Bright, who served as a program leader within the Biomedical Advanced Research and Development Authority (BARDA), says he raised alarms about supply chain shortages early on during the coronavirus’ spread."

"While certain officials inside the administration shared his fears — most notably, President Donald Trump’s trade adviser Peter Navarro — others did not," continued the report.

Bright was transferred out of the vaccine post in late April after speaking out about problems with the administration's coronavirus response. The dismissal attracted sharp controversy and sparked fears of retaliation.