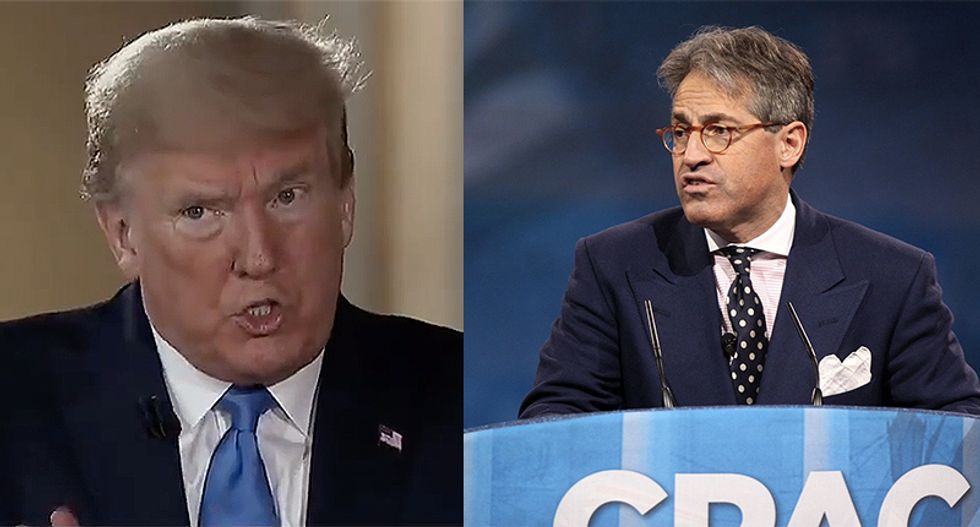 When Eric Metaxas took to Twitter to invent a fake quote from former Vice President Joe Biden he presumably sought to mock the Democratic candidate, but what he ended up doing is bringing people together against his own racism.

In his tweet, Metaxas appears to have been attempting to write in a dialect reserved for slaves in the 1800s to refer to "Massa Trump" and a slew of other racist phrases.

President Donald Trump has been failing with the evangelical vote. It's unclear how Trump's team thinks this will help them with Black evangelical Christians.

Metaxas was shredded by people on Twitter, disgusted by the idea someone who purports to be a man of God would behave in such a manner.

See their responses below:

Biden said something offensive in jest, because he got a little too cozy, and he was rightly called on it. But the… https://t.co/SbBBavRJwx
— @ijbailey (@@ijbailey)1590182661.0

@ericmetaxas So, this actually completely undermines whatever point you thought you were making, and instead just s… https://t.co/KCUpmWZuag
— Bärí A. Williams (@Bärí A. Williams)1590180536.0

So Joe Biden was cavalier in his language and apologized, and this is how the right responds, in case you were wond… https://t.co/fFXkMwdmGh
— Brian Tyler Cohen (@Brian Tyler Cohen)1590180224.0

@ericmetaxas Congratulations on making yourself look even more racist than whatever you’re accusing Biden of.
— Federico Chispas (@Federico Chispas)1590182421.0