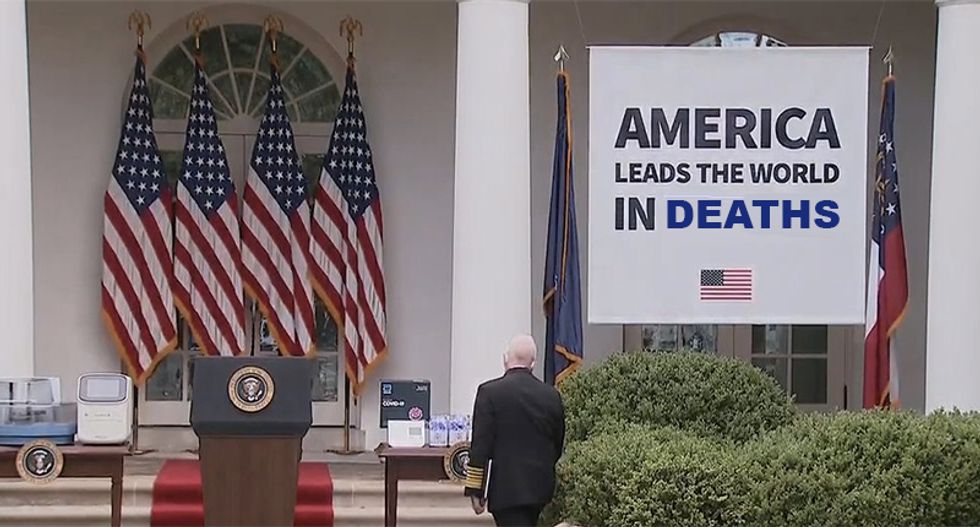 The White House hung banners bragging about their testing successes.

“We have met the moment, and we have prevailed," Trump announced.

When asked about the possibility of testing Americans as they go back to work, Trump explained that we're close to being able to test all Americans.

"When will it be that Americans across the country will get tested every day as they go back to work?" asked the reporter.

In response to the banners flying high at the White House, those with Photoshopping skills took to Twitter to express their own thoughts for the banner, capturing what the president was really saying.

You can see those below:

Some were more overt about it: