WSJ slams Trump for ‘hurting the country’ by ‘debasing’ the presidency: ‘Ugly even for him’ 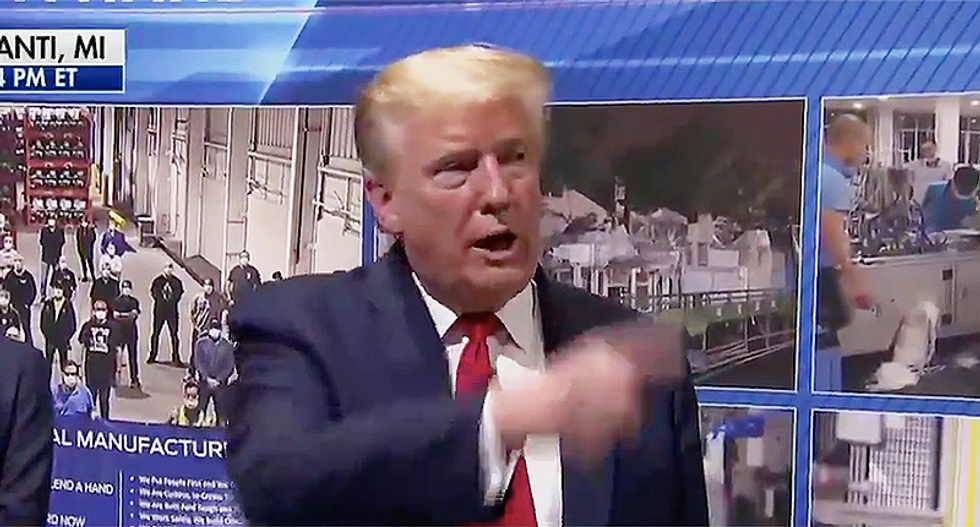 President Donald Trump was slammed by the editorial board of the conservative Wall Street Journal on Tuesday evening.

“Donald Trump sometimes traffics in conspiracy theories—recall his innuendo in 2016 about Ted Cruz’s father and the JFK assassination—but his latest accusation against MSNBC host Joe Scarborough is ugly even for him,” the newspaper noted. “Mr. Trump has been tweeting the suggestion that Mr. Scarborough might have had something to do with the death in 2001 of a young woman who worked in his Florida office when Mr. Scarborough was a GOP Congressman.”

A lot of interest in this story about Psycho Joe Scarborough. So a young marathon runner just happened to faint in… https://t.co/xrMnEjesOV
— Donald J. Trump (@Donald J. Trump)1590330589.0

“There’s no evidence of foul play, or an affair with the woman, and the local coroner ruled that the woman fainted from an undiagnosed heart condition and died of head trauma,” The Journal noted.

“Mr. Trump always hits back at critics, and Mr. Scarborough has called the President mentally ill, among other things. But suggesting that the talk-show host is implicated in the woman’s death isn’t political hardball. It’s a smear,” the newspaper noted. “We don’t write this with any expectation that Mr. Trump will stop. Perhaps he even thinks this helps him politically, though we can’t imagine how. But Mr. Trump is debasing his office, and he’s hurting the country in doing so.”