‘You callin' me an idiot?’ Protesters caught on video bickering over bringing guns to Michigan anti-lockdown protest 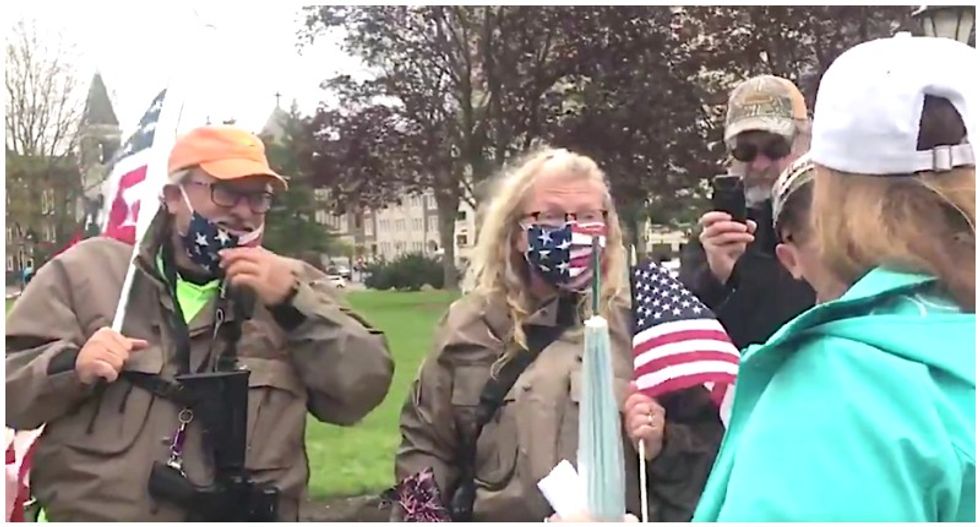 During an anti-lockdown protest at the Michigan State Capitol this Thursday, an argument broke out between protesters after one complained that too many people were bringing their guns to the demonstration.

In a video highlighted by WWMT, a woman in a green jacket can be seen confronting a group of protesters, one with an assault rifle slung over his chest, apparently telling them that their presence is harming the overall goals of the protest.

One man, with a cellphone in his hand, accused the woman of being a liberal.