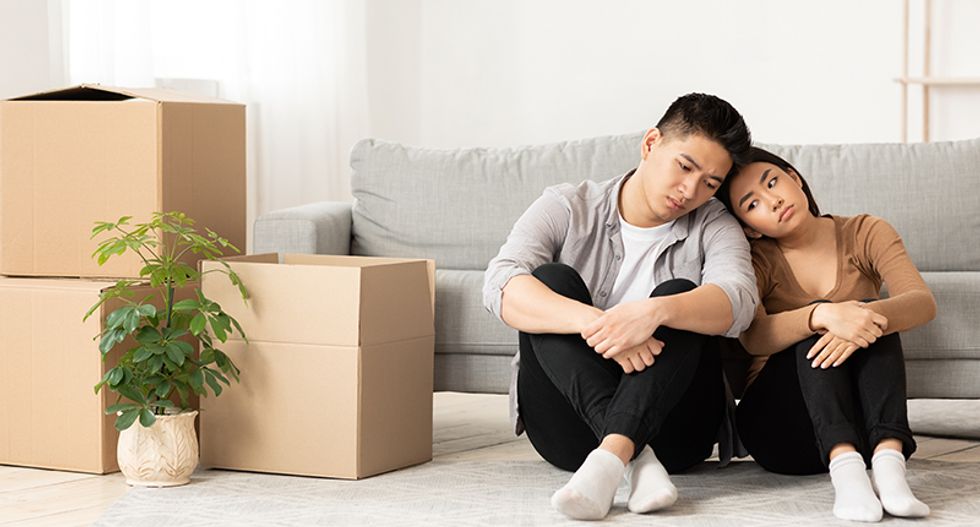 President Donald Trump's economic crisis as a result of the COVID-19 outbreak is finally trickling down to those who can't afford their rent after losing their jobs.

He added that "a lot of concessions are made" and said, "a lot of positive things are happening."

But the unemployment rate is still 13.3 percent and those who have been laid off due to the coronavirus or whose businesses closed are depleting their options to stay in their homes.

BuzzFeed reported that a mass eviction crisis is on the horizon. While some evictions were paused during the early days of the outbreak, those protections have come to an end despite sagging employment numbers.

The COVID-19 Eviction Defense Project (CEDP), formed by a coalition of economic researchers, crafted a model to estimate the eviction risk nationwide and by state. Their findings show the next crisis that the US will face.

According to their projections, "19 million to 23 million renters, or 1 in 5 people who live in renter households, are at risk of eviction by Sept. 30," BuzzFeed quoted the Aspen Institute. "The people most likely to be evicted are those in vulnerable financial circumstances. They include Black and Latinx people, single mothers, people with disabilities, formerly incarcerated people, and undocumented people."

Princeton's Eviction Lab spokesperson, Alieza Durana explained to BuzzFeed that a major reason it's exacerbated is from longtime racist housing laws and regulations that still persist in some communities.

If evictions are predicted to reach such high levels, it likely won't be long before people also start defaulting on their mortgages and the country could experience another foreclosure crisis akin to what homeowners faced during the 2007-2008 recession.

Every state's eviction rules are different, but BuzzFeed continued their report with a guide to help people who need to know their rights. Read it here.