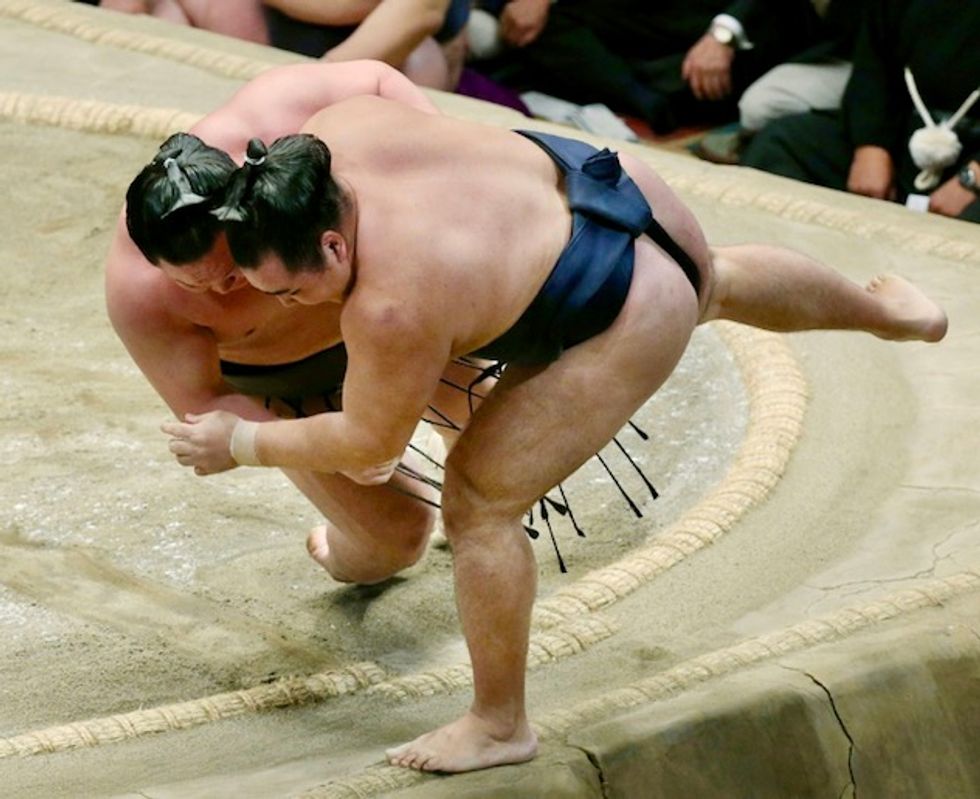 Twenty sumo wrestlers flexed their muscles outside the ring to rescue a woman from drowning in a Tokyo river on Thursday, according to local news reports.

A man rushed to the riverside in eastern Tokyo when he saw the woman in her 30s flailing in the water and screaming for help, saying: "I can't die," local media reported.

While the man was struggling to pull her back onto a river wall, the stablemaster from a nearby sumo stable heard the commotion and dispatched 20 of his wrestlers to the scene, according to the Mainichi Shimbun daily.

The wrestlers from the Sakaigawa stable, quickly hauled her out of the river and helped carry her on a stretcher to an ambulance, the newspaper said on its website.

She was sent to hospital and later confirmed unhurt, the daily added.

Police reportedly plan to send a letter of gratitude to the wrestlers for their life-saving feat.

Immediate confirmation of the news reports was not available.