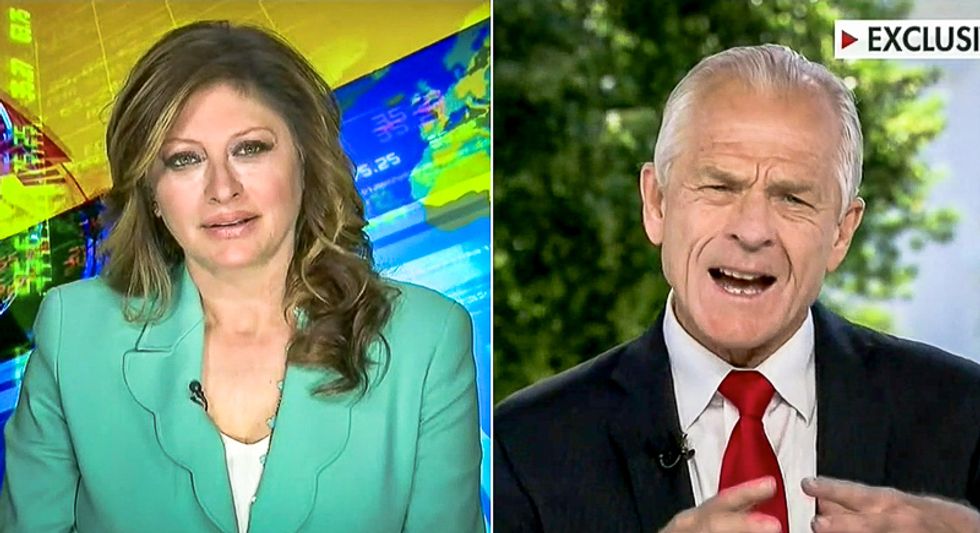 White House economic adviser Peter Navarro said on Sunday that looters and rioters are "bad hombres" and "a pack of animals."

During an interview on Fox News, host Maria Bartiromo asked Navarro about the protests surrounding the White House, which have been mostly peaceful.

"This morning, it's a very peaceful Sunday morning," Navarro said. "Yesterday, going to and from work, what I saw is many peaceful protesters but there were a lot of bad hombres out there as well ready to riot."

According to Navarro, Washington, D.C. "is a burnt out shell" because Mayor Muriel Bowser has been cautious about reopening the city during a pandemic.

"It's not open now," he complained. "What it basically is is graffiti, it's boarded up places."

"Let me do a little math, a little arson and looter math," Navarro continued. "When you have an arsonist burn down a small business, that's a 100 jobs you've destroyed. Not just inside the enterprise but along the supply chain."

He added: "When you have a pack of animals go in and loot a big store, that's thousands of jobs. And if you add that up, Maria, over the 16 major metropolitan areas where the national guard has had to be deployed, that's almost 2 million jobs that are being impacted."