'Absurd': Kayleigh McEnany refuses to say if Trump is happy the South lost the Civil War 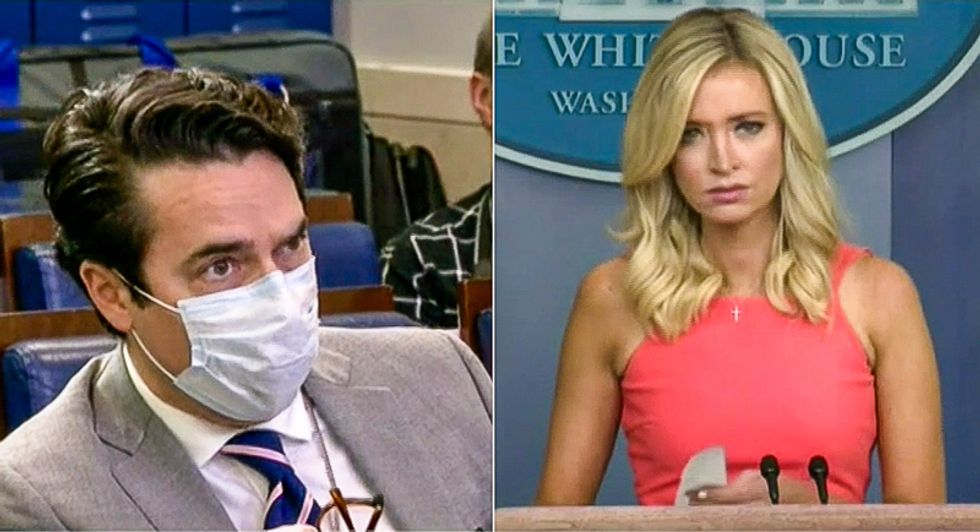 White House Press Secretary Kayleigh McEnany on Monday declined to say if President Donald Trump is pleased about the outcome of the U.S. Civil War.

At a White House briefing, one reporter asked about Trump's position on the Civil War after he recently tweeted a "white power" video and threatened to prosecute protesters who vandalized Confederate-era statues.

"There's a national conversation going on right now about the proper place of the symbols of the Confederacy," the reporter explained. "The president has repeatedly inserted himself into this debate. And I think a lot of people are trying to understand what his view of memorializing the Confederacy is."

"Does President Trump believe that it was a good thing that the South lost the Civil War?" the reporter asked. "And is he interested in following NASCAR's example and banning the Confederate flag at his own events?"

"Well, your first question is absolutely absurd," McEnany replied without providing a direct answer. "He's proud of the United States of America."

As for banning the Confederate flag at Trump events, the White House press secretary said that it would be a matter for his campaign to decide.

"Those tearing down statues will punished to the fullest extent of the law," McEnany added. "He will not stand for lawlessness and chaos. He stands with the 71 percent of Americans who say there is no place for tearing down statues as these anarchists are doing across the nation."