'Absurd!' Professor based in Korea shocked that Trump has turned face masks into a culture war 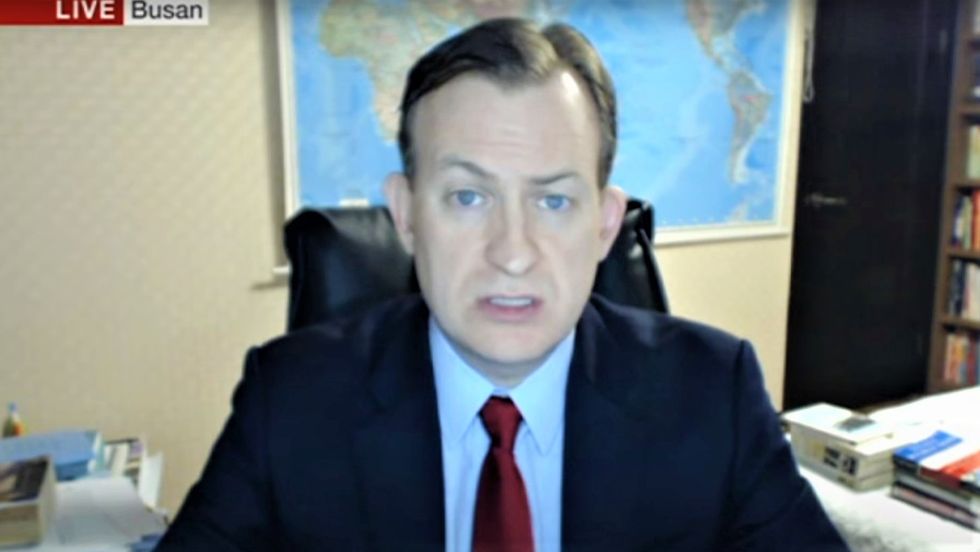 An American-born professor who teaches in South Korea this week said it has been shocking to watch how his current country has responded to the COVID-19 pandemic compared to the United States under the leadership of President Donald Trump.

Robert E. Kelly, a professor of political science who teaches at the Pusan National University in South Korea, told CNN's Bianna Golodryga on Monday that South Korea has taken COVID-19 "very seriously and led a nationwide, well mobilized effort, and the U.S. government has not."

Kelly said while South Korea developed a test-and-trace program that helped contain the virus without significantly shutting down the economy, the United States is still having trouble getting its citizens to wear face masks.

"Everybody has broadly accepted in Korea that this is a big deal and that we should listen to the medical people telling us what to do," Kelly explained. "They know and we don't, we're not epidemiologists. When they say wear masks, put on masks."

Kelly also expressed astonishment that wearing face masks, which is one of the most basic and least burdensome ways to slow the spread of the disease, has become a cultural fault line in the U.S.

"There's none of this thing like there is in the United States where masking has become, like, this test of masculinity," he said. "That's just absurd! Nobody here talks like that at all!"

.@Robert_E_Kelly on how S. Koreans view the COVID19 challenge."Everybody has broadly accepted in Korea that this is… https://t.co/sQe9lML8UV
— Bianna Golodryga (@Bianna Golodryga) 1593446175.0