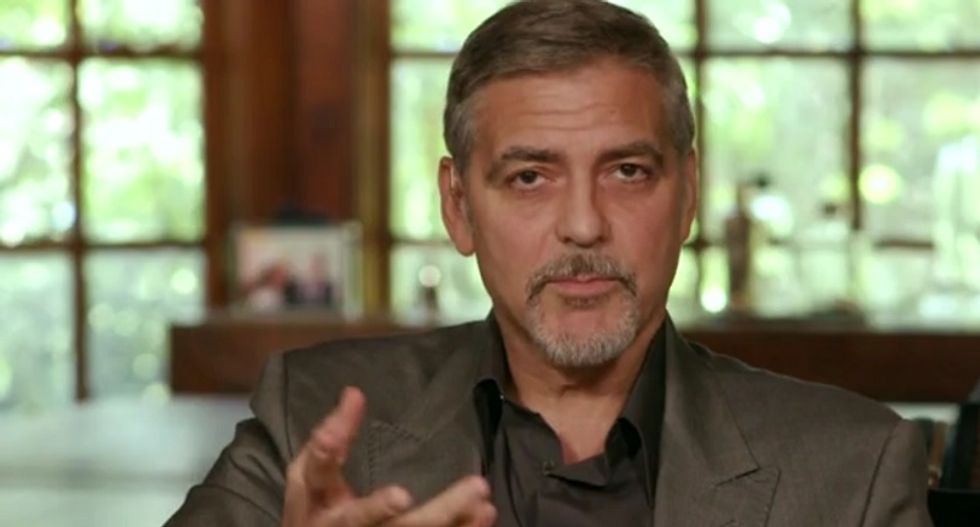 “There is little doubt that George Floyd was murdered,” wrote George Clooney. “This is our pandemic. It infects all of us, and in 400 years we’ve yet to find a vaccine.”

He quoted radio host and reporter Sarah Koenig, who spent a year covering the dysfunction in the Cleveland, Ohio criminal justice system for NPR's ‘Serial’ podcast.

"Let’s all accept that something’s gone wrong. Let’s make that our premise," she said. "We’ve all heard the stats—that we here in the United States imprison a vastly higher percentage of our population than any other country in the world. We are number one. The numbers are well-documented, wildly out of whack, and unprecedented in our history."

"Also well-documented—inequity. Every joint in the skeleton of our criminal justice system is greased by racial discrimination. Compared to white people who’ve committed the same crime and who have similar criminal histories, black people and other people of color are arrested more often. They’re charged more harshly, given higher bails, offered worse plea deals. They’re handed longer prison sentences, and their probation is more often revoked […]

"These numbers aren’t floating above us in the sky. They’re alive all over the country."

It all stems from America's "original sin of slavery," said Clooney.

He went on to bash President Donald Trump, without even saying his name.

"We need policymakers and politicians that reflect basic fairness to all of their citizens equally. Not leaders that stoke hatred and violence as if the idea of shooting looters could ever be anything less than a racial dog whistle. Bull Connor was more subtle," Clooney wrote.

Read the full editorial at the Daily Beast.