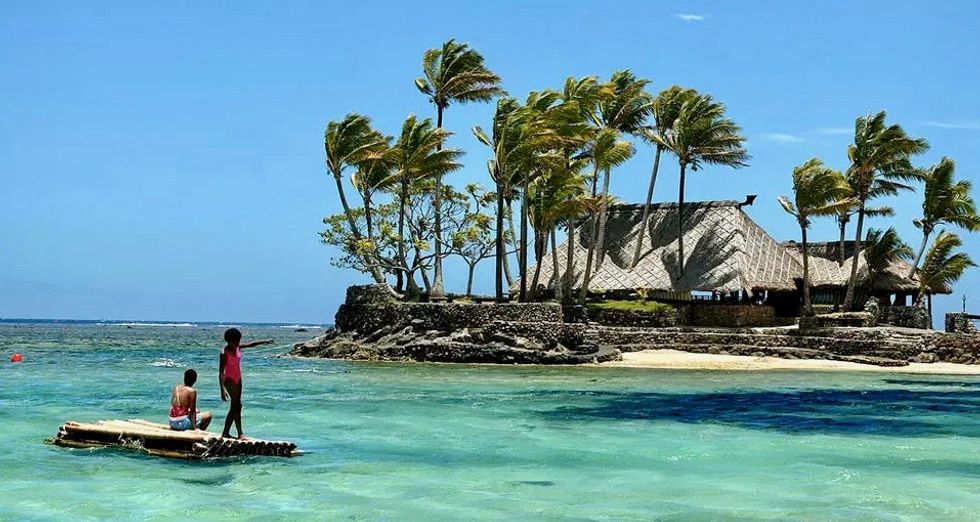 Fiji has expressed interest in joining a quarantine-free travel 'bubble' with Australia and New Zealand, which account for many of the tropical idyll's tourists TORSTEN BLACKWOOD AFP/File

Fiji announced it was COVID-19 free Friday after the island nation's last known infected patient was given the all-clear, continuing the Pacific's remarkable record of success against the virus.

There was panic among Fiji's 930,000 population when the first coronavirus case was announced in mid-March, but strict isolation measures and border controls kept a lid on infections, which peaked at 18 confirmed cases.

"Fiji has just cleared the last of our active COVID-19 patients," he tweeted.

"And even with our testing numbers climbing by the day, it's now been 45 days since we recorded our last case. With no deaths, our recovery rate is 100 percent."

The Pacific islands were initially seen as among the world's most vulnerable to the virus because of under-resourced health infrastructure and high rates of health conditions such as diabetes and heart disease.

There were also fears geographic isolation could turn the islands into infection incubators, like when a measles epidemic in Samoa late last year killed 83 people, most of them babies and toddlers.

However, nations in the region acted swiftly and made the costly decision to seal borders and shut down the tourism trade that sustains their economies, in order to protect their populations.

As a result, many have not recorded a single case of the virus, including Palau, Tonga, the Solomons Islands, Samoa, the Marshall Islands, Vanuatu, the Cook Islands and Micronesia.

Fiji has already expressed interest in joining a quarantine-free travel "bubble" with Australia and New Zealand, two nations that have also largely contained the virus and supply the bulk of the tropical idyll's tourists.

The Cooks, which was one of the first countries in the world to declare itself virus-free in mid-April, has reportedly announced measures to cautiously reopen its borders.

Prime Minister Henry Puna said citizens and those with work permits who had been in New Zealand for 30 days would soon be allowed to return home without going into quarantine, the Cook Islands News reported.

The newspaper said the move was "the first step in bringing back the tourists".