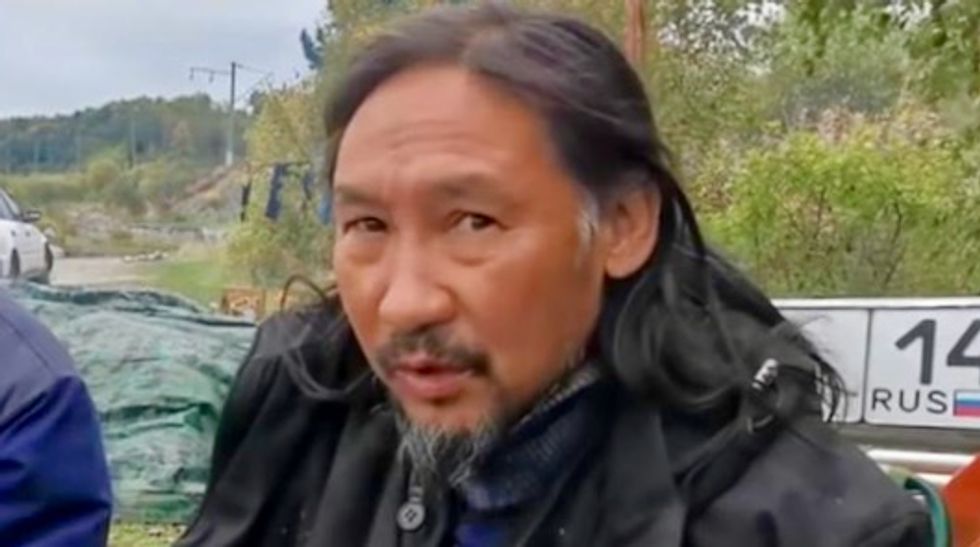 A Russian court on Tuesday committed to a mental asylum a Siberian shaman critical of Vladimir Putin, a move rights groups condemned as a repressive move to silence a dissenter.

Alexander Gabyshev, a self-styled shaman from Yakutsk, northern Siberia, last year set out to walk from his home to the Kremlin to "banish" the Russian president.

He dragged a cart with his belongings along highways, gathering a small following and meeting supporters in cities he passed. The journey from Yakutsk to Moscow is over 8,000 kilometres (5,000 miles).

Police stopped Gabyshe's first trek several months in and prevented a second one he began in December. Then after he announced his third attempt, he was detained in his home and placed in a mental asylum last month.

A court in Yakutsk on Tuesday ruled to extend his forced committal there, with no end date indicated, according to a human rights group following the case.

Alexei Pryanishnikov, coordinator for the Open Russia rights project, said case documents did not describe the shaman's health, merely saying he "overestimates himself" by wishing to "depose Putin".

Supporters of Gabyshev had been detained on their way to give testimony Tuesday, the group added.

Amnesty International called for his release in a statement, arguing that the decision to have him committed had been based on his political rather than medical grounds.

Gabyshev "has been made an enemy of the state solely for voicing his dislike of Putin", said Amnesty.

Committing political dissenters to psychiatric hospitals was a practice known as punitive psychiatry in the days of the Soviet Union. Up to the late 1980s, critics could be diagnosed with "sluggish schizophrenia" or forms of paranoia and locked up in institutions.

Alexander Gabyshev has gained many fans in his native Yakutia, and local officials have expressed unease over his case. The popular mayor of Yakutsk, Sardana Avksentyeva called his detention "selective punishment."

She wrote on social media that she was worried "anyone can be sent to forced treatment with the formula of 'overestimating oneself'".