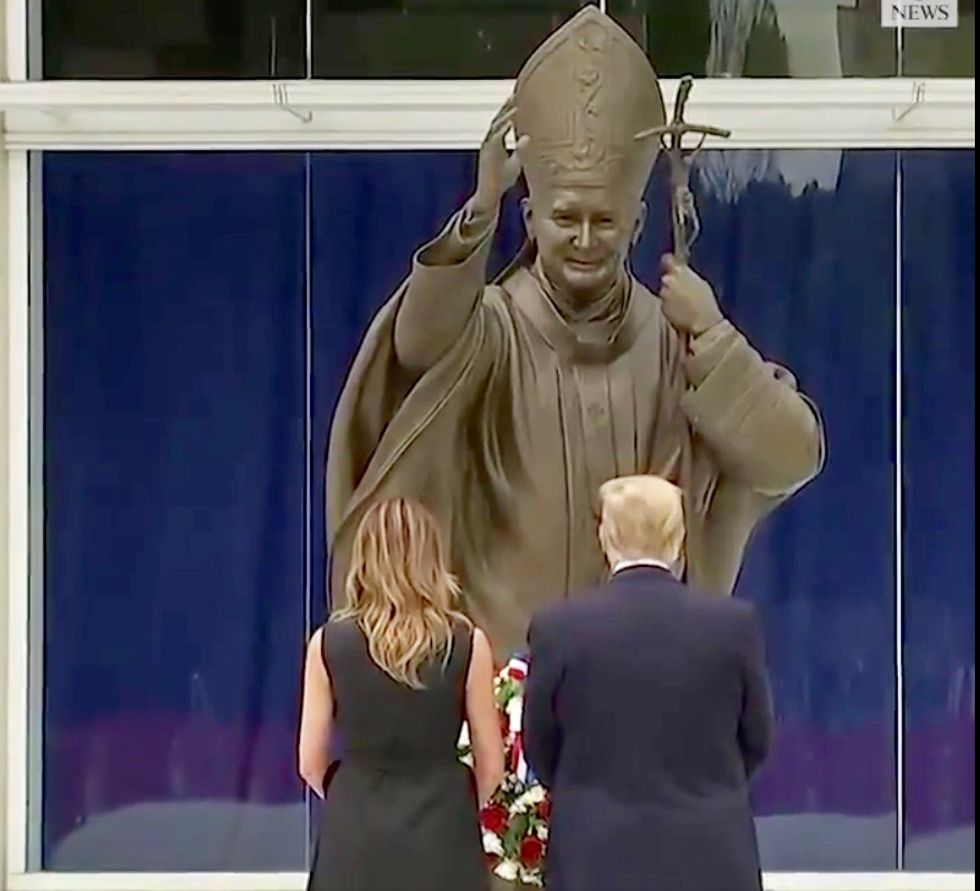 The Archbishop of Washington, D.C. is denouncing President Donald Trump's late Tuesday morning trip to visit a Catholic shrine that honors Pope John Paul II, specifically noting Trump teargassed protestors who were peacefully standing at St. John's church just one day prior. Catholics came to protest, with some holding signs saying, "Our Church is Not a Photo Op," as they chanted, "Black Lives Matter!" (video below.)

Gregory said it "violates our religious principles, which call us to defend the rights of all people even those with whom we might disagree."

"Saint Pope John Paul II was an ardent defender of the rights and dignity of human beings," the Archbishop added. "His legacy bears vivid witness to that truth. He certainly would not condone the use of tear gas and other deterrents to silence, scatter or intimidate them for a photo opportunity in front of a place of worship and peace."

The Archbishop was not the only religious leader to criticize the President.

America Magazine reports Trump's visit prompted "criticism from Catholics who demonstrated near the Catholic University of America, which is adjacent to the shrine, with some praying the rosary while holding signs reading, “Our Church is Not a Photo Op” and 'Black Lives Matter.'"

“President Trump is now using the Catholic faith in another photo op to defend his appalling refusal to address racism and police violence in the United States,” Sister Simone Campbell said.

"The purpose of Mr. Trump’s visit was to highlight his administration’s efforts to protect religious liberty," America Magazine added. "Later in the day, he is expected to return to the White House to sign an executive order related to that subject. The visit comes as the president’s reelection campaign has made efforts in recent weeks to appeal to white Catholic voters, a demographic he won in 2016."