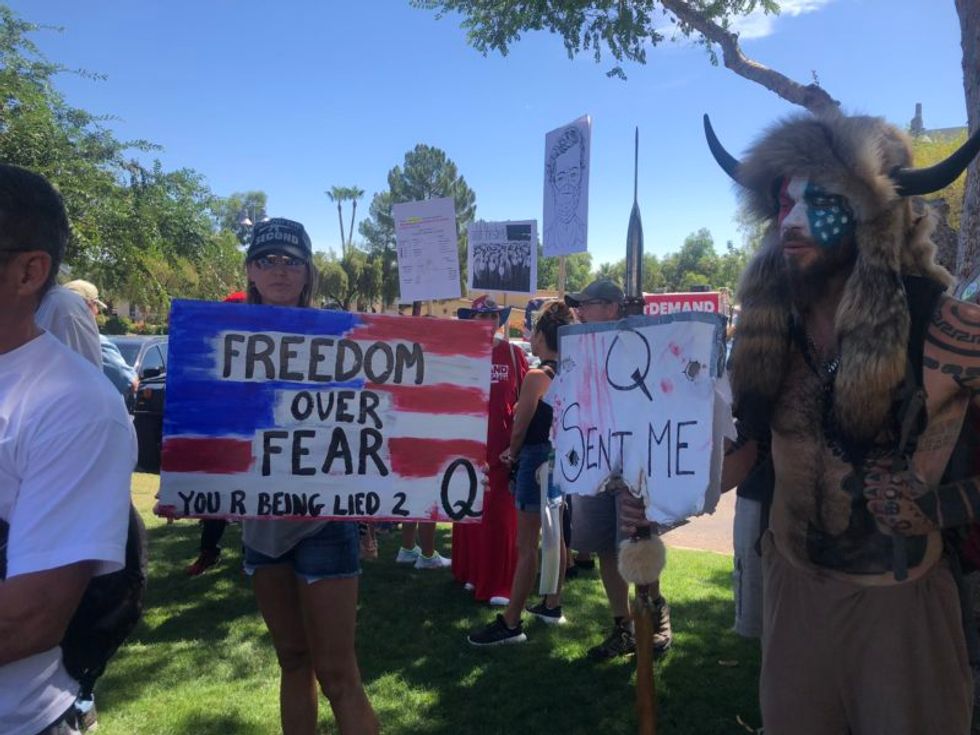 Hundreds of people in Scottsdale, Arizona on Wednesday protested against recent mandates to wear face masks that were enacted by the city and Maricopa County.

The Arizona Republic reports that the "Unmask Us" protest was organized by Scottsdale City Councilman Guy Phillips, who is leading the revolt against Republican Scottsdale Mayor Jim Lane's recently implemented face mask mandate.

Photos posted of the rally revealed that many of the protesters are believers in the QAnon conspiracy theory, which states that President Donald Trump is secretly working to uncover a massive underground pedophile ring whose members include all officials in the Democratic Party.

The rally also featured at least one demonstrator brandishing a large Confederate flag, as well as a man with a sign explaining why the Earth is actually flat.

The anti-mask demonstration comes as COVID-19 cases and hospitalizations have surged in Arizona.

"Inpatient beds and ventilators in use for suspected and confirmed COVID-19 patients both hit their highest-ever numbers Tuesday," the Arizona Republic reported on Wednesday. "Emergency department visits and ICU beds in use hovered around their highest levels as well."