Biden knows that no one makes a stronger case against Trump 'than Trump himself': op-ed 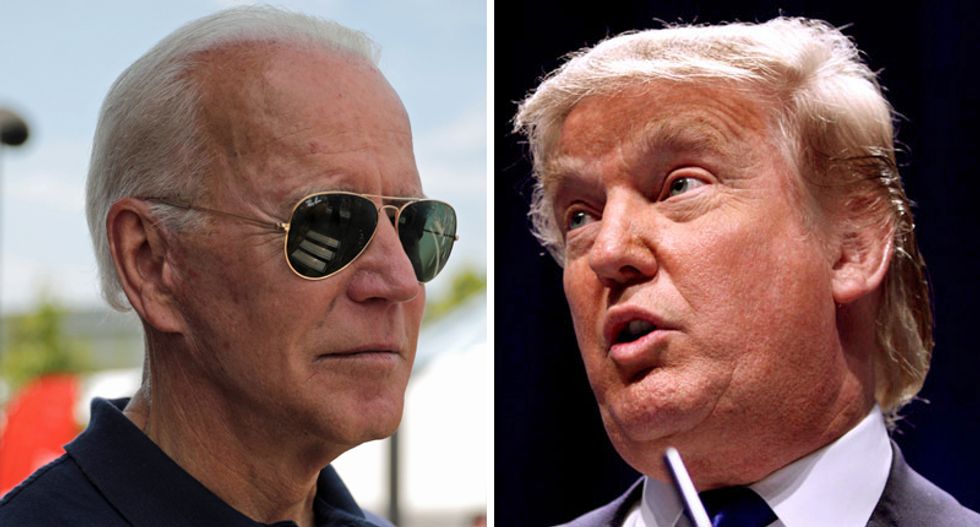 Writing in The Week this Friday, Windsor Mann points to new polling that shows President Trump trailing Joe Biden nationally by 14 points. According to Mann, Trump's handling of the coronavirus and unrest in the wake of George Floyd's death plays a large role in the numbers.

Republicans are criticizing Biden for "hiding in his basement," but according to Mann, this is a "compliment masquerading as a criticism."

"That Biden is staying at home during a pandemic is a testament to his deference to public health and his political savvy," Mann writes. "Biden knows that no one makes a stronger case against Trump than Trump himself."

"In Trump we have a president in which incompetence, stupidity, derangement, bigotry, corruption, and dishonesty are each struggling to take the upper hand," he adds.

In 2016, the prospect of an "outsider" shaking up the political system was appealing to many.

"As a political neophyte, Trump could make sweeping promises without having to defend or explain anything," Mann writes. "His inexperience was a boon. Having never been tested in politics, he had never failed. He talked like a regular guy, which is to say, like someone who had no idea what he was talking about. He still talks that way."