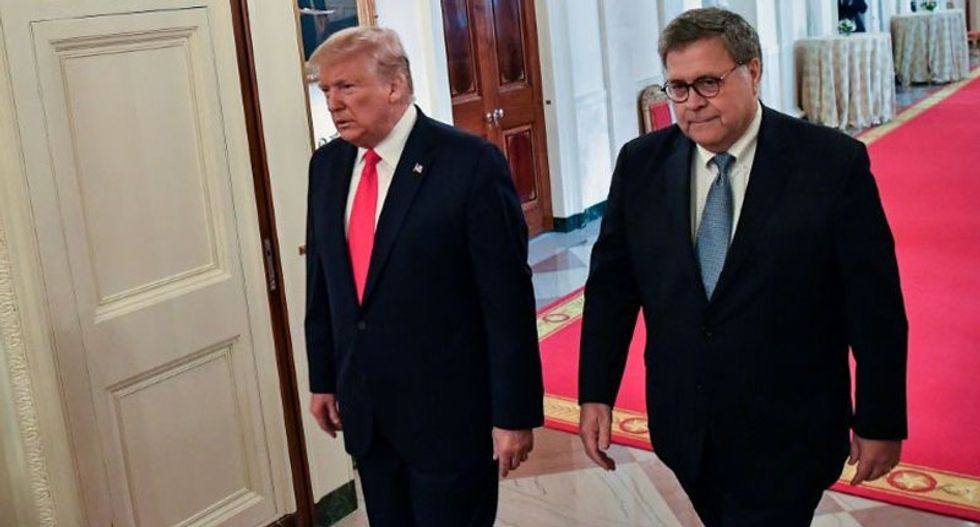 Former White House senior director Nayyera Haq explained that the recent firing of U.S. Attorney Geoffrey Berman at the Southern District of New York shows that the president is a little worried about upcoming lawsuits.

"It's a fascinating time for Trump and his administration to be creating this problem with, to begin with," she explained. "During an election, as a sitting president, he should be solidifying your legislative accomplishments and focused on the campaign trail. This -- the fact Barr went after Burman in the Southern District of New York implies the president is worried about now and after the election. That tells you about the paranoia that surrounds the White House these days but what potentially they might be able to uncover. The Southern District of New York has always been a thorn in President Trump's side, given most of his businesses have been run out of that city."

MSNBC host Johsua Johnson asked how Trump's Oklahoma rally changed anything because the people who will cheer for him will always cheer for him.

"This could be a new normal for him not being able to have rallies. Which is sort of how he gets his energy, in his rooms where he can be the center of attention and be the sort of ego megalomaniac that needs that energy," said Robinson. "I do think that for us in the activist, in the social justice community, people rising up and pushing back, when authoritarians have their backs up against the wall they're more likely to do and try more things to get themselves out of that."

He explained that everyone must be vigilant in anticipating what Trump will use next and how he will use his power or the power to "cement his power."

"He's unafraid to use the power of law enforcement, the power of DOJ, the power of all these levers to cement his power, using his sort of interest overseas, the United States interest overseas to put his thumb on the scale," Robinson continued. "So, we do have to be asking ourselves, as we pivot, what are the enablers doing? Those folks who put out #BlackLivesMatter but seem not to be able to hold the president accountable. The Facebooks and big-tech companies. The big corporations that say they're on our side or care about social justice but still play footsies with this president. Those are the people we have to put our energy on. We cannot accept hollow statements of support."