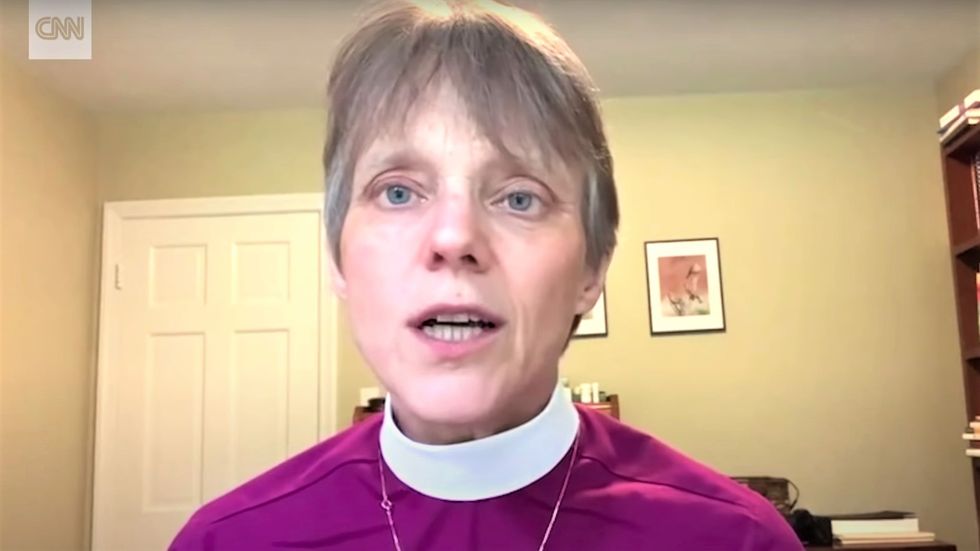 Bishop Mariann Budde, who earlier this week criticized President Donald Trump for using the St. John's Church as a photo-op location without asking permission, was unable to access her church this week to hold a planned vigil.

Mother Jones reports that Budde had wanted to use the church to hold a vigil in solidarity with protesters on Wednesday, but was prevented from doing so thanks to the new wall being constructed around the perimeter of the White House complex that includes St. John's Church.

Budde on Monday called out Trump for having peaceful demonstrators forcibly removed from the church property so that he could have his photo op.

"That they would be clearing with tear gas so they could use one of our churches as a prop, holding a bible — one that declares that God is love and when everything he has said and done is to enflame violence," she said. "We need moral leadership and he’s done everything to divide us and has just used one of the most sacred symbols of the Judeo-Christian tradition."

The new White House perimeter fence has grown significantly over the last day, which sources tell local news reporter Melanie Alnwick of Fox 5 DC is expected to engulf all 82 acres of President's Park, which has been described by the National Parks Service as "the Nation's front yard."