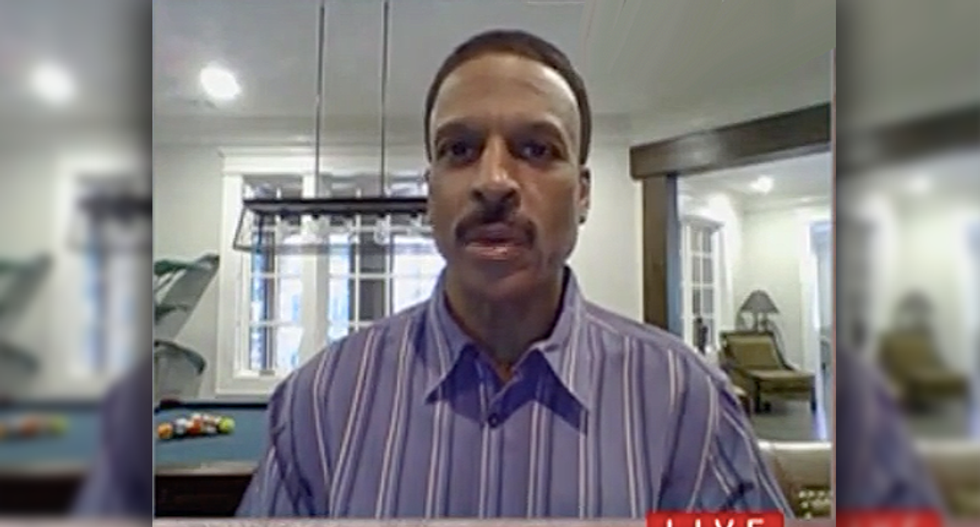 In an interview with CNN Monday, former NASCAR driver Bill Lester explained that many of the fans of the sport are living in a "time warp." His comment came after NASCAR's only Black driver, Bubba Wallace, found a noose hanging in his garage stall after competing at Talladega in Alabama over the weekend.

Lester, who was the only Black full-time driver in NASCAR until 2007, told CNN that he found the noose incident "frankly unbelievable" that something like that could happen from within the organization.

"It is so sad and unfortunate that's the case. It's a clear indication that the country has a long way to go," he said. "I applaud NASCAR and commend them for making the statement they made with regard to quality and making the environment welcoming for everybody. But for some they're just not able to apparently let go of their old ways. They need to get with the times."

He noted that when he was driving at NASCAR he never felt very welcome because he was booed at many tracks on the circuit and couldn't understand why.

"Talladega, where he is competing today, is one of those tracks," said Lester. "It is very difficult. Some of the environments, and some of the fans that are there, they are just living in a time warp. It is no reason for them to continue to try to use a rebel flag as a symbol. They should be using the American flag. As far as Bubba is concerned, I commend him on what he's doing, the stand he's taken, and the position he continues to put forward as far as equality and justice. It's not a Black Lives Matter to the exclusion of everybody else. It's we matter, too. Black Lives Matter just as much as everybody else's and a lot of those folks have that message twisted. They believe that we should be above everybody else or something to that degree from what I've read on social media and nothing could be further from the truth."

See the full appearance below: