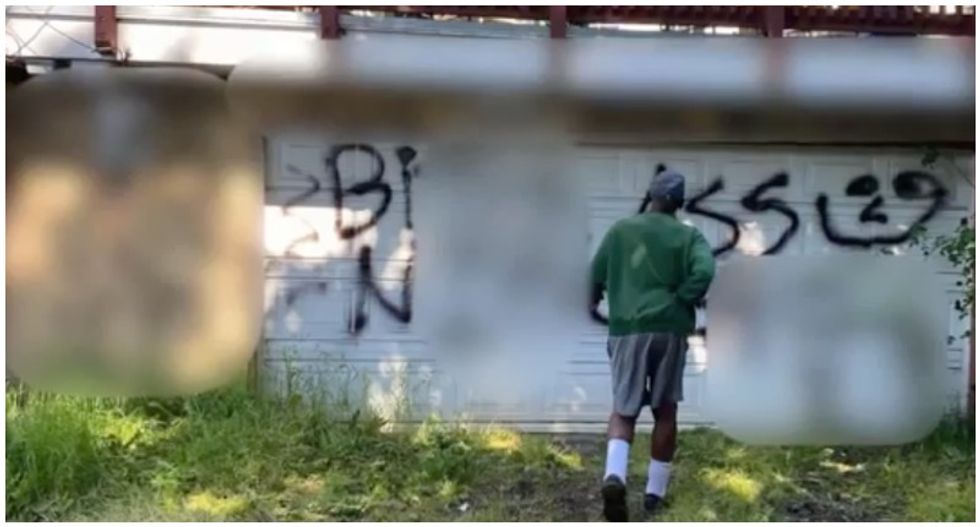 After leaving his house for the first time in three months after recovering from a bout with coronavirus, a 74-year-old Washington man became the victim of a hate crime, Q13 Fox reports.

Walking out of his house for the first time on Tuesday morning, Robert Batie found his house vandalized by racist slurs.

“I’m 74 years old, I shouldn’t have to deal with this, so how do you describe how you feel when you come out of the bedroom and you’ve kicked the virus and you’re thankful that way, and you’re trying to mow the lawn and you see this?” he said.

“As sick as I was, this made me sicker, it really did, and the virus almost killed me," he added.

"You think those protests were meaningful? They weren’t because you still got a policeman with his foot on this guys neck looking at us for 9 minutes and thinking it's alright to kill a black man. What’s the difference in that and hanging him from a tree? Strange fruit, Billie Holiday, strange fruit hanging from a tree, we’ve got strange fruit laying in the street with somebody foot on his neck."

Batie went on to say that he only hopes things get better.

"People fought so I wouldn’t have this on my wall, they lost their lives. It never ends, you would think that this would end ... how many jobs my wife has lost because of me."

Watch the full report below via KING5: