Bolton: Can’t be certain Trump will exit the White House if defeated (video) 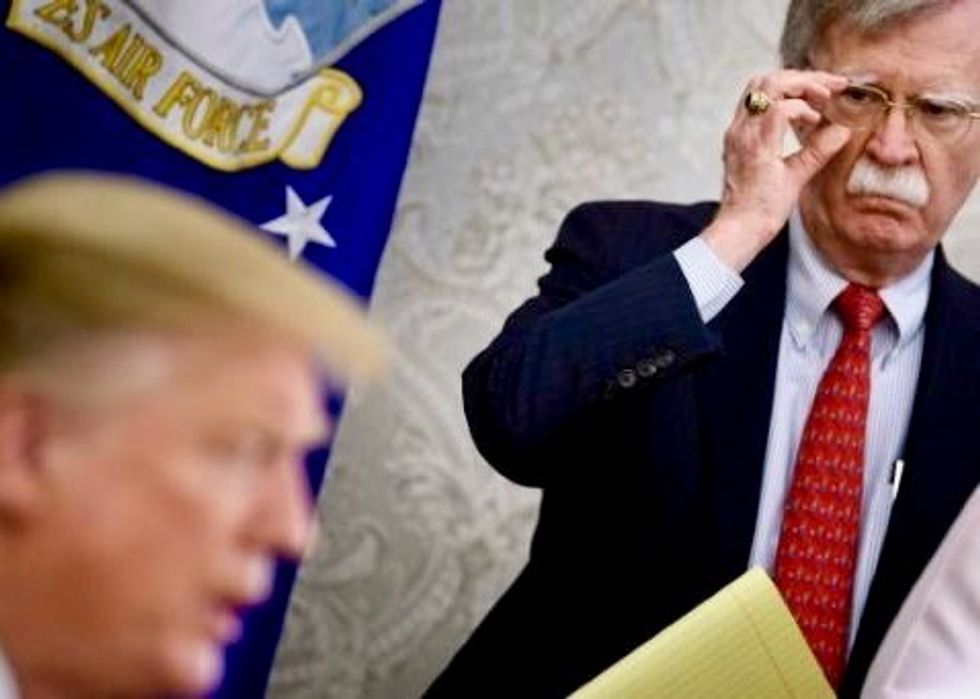 In a new interview former Trump National Security Advisor John Bolton says he "hopes" but can't be certain President Donald Trump will exit the White House peacefully if he is defeated in November. "I think in the Trump administration you can't be certain of anything," he cautioned.

"Do you believe the President will follow the peaceful transfer of power and leave the White House peacefully if he is defeated this year?" The Washington Post's Robert Costa asked Bolton Tuesday afternoon in an interview that aired live on C-SPAN (video below.)

"Well, I certainly hope so," Bolton replied, but felt the need to issue a warning too. "I think it's important for Republicans especially to make that clear. This is something that if we're not careful, I think carrying the albatross of this administration around our neck any longer than necessary is going to cause great harm to the country for sure but conservatives and republicans as well and the outcome your describing would be absolutely the worst."

"Let's pause there. You said, 'hope so,' about the peaceful transfer of power, so you're not certain."

"I think in the Trump administration you can't be certain of anything," Bolton replied.

Bolton spent nearly 18 months with Trump as his NSA, and has penned a book about his time in the White House. Trump tried to have its release halted. The DOJ is reportedly considering criminal charges against him for allegedly revealing classified information in "The Room Where It Happened."