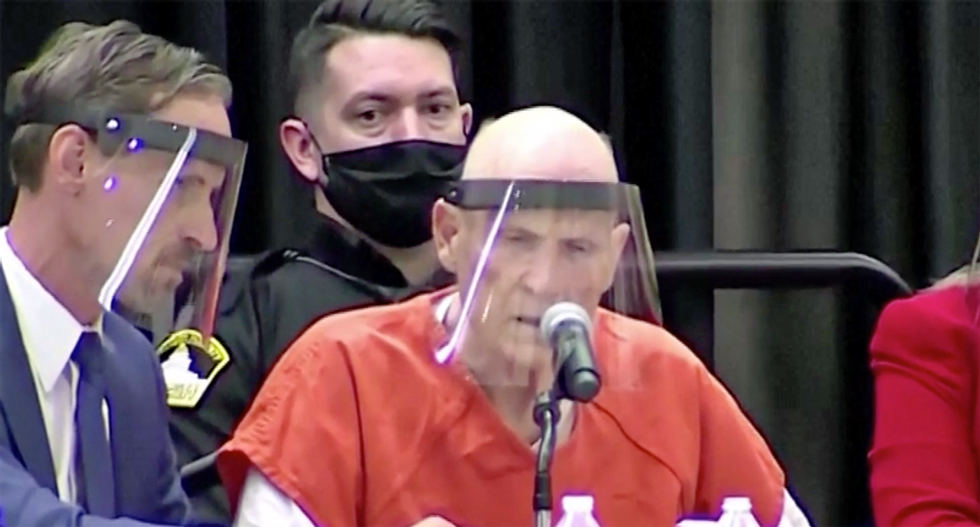 Joseph James DeAngelo, 74, pleaded guilty inside a ballroom at Sacramento State University that had been converted to a courtroom due to the coronavirus pandemic.

"He went by many nicknames — East Area Rapist, the Original Night Stalker, the Visalia Ransacker — before a last one took hold: the Golden State Killer. The final accounting of his crime spree was 13 known murders and nearly 50 rapes," The New York Times reported.

"The hearing went on for hours, as Mr. DeAngelo, who was captured two years ago after being arrested using a novel DNA technique that has upended how many violent crimes are now solved in the United States, pleaded guilty, again and again, to 13 counts of first-degree murder that he committed across California in the 1970s and ’80s," the newspaper reported.