'Bye Felicia': Sheriff says Buffalo cops resigning from emergency unit should be booted from the force 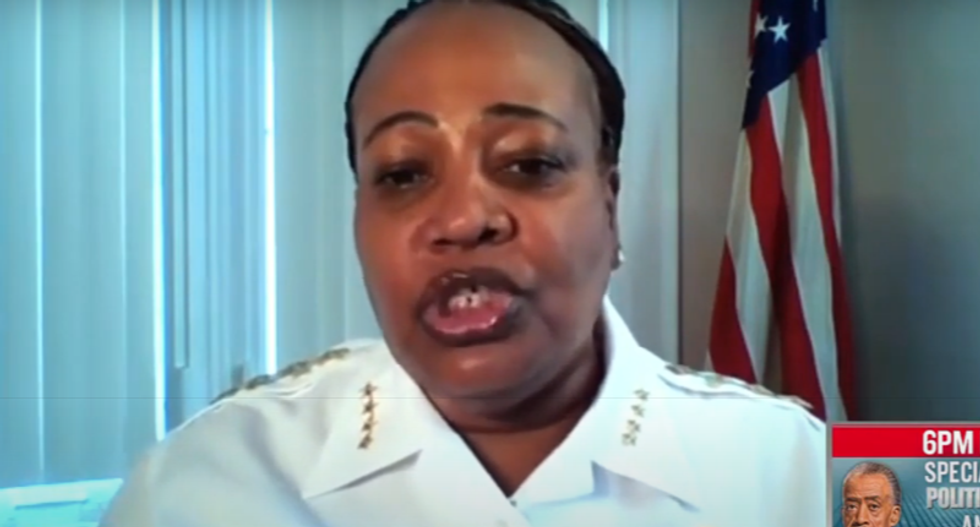 On MSNBC Saturday, Philadelphia County Sheriff Rochelle Bilal laid into the Buffalo police officers who resigned from the emergency unit, allegedly to protest the disciplinary action against two cops who shoved an elderly man to the ground.

"As far as those officers resigning out of protest, I would say to that, Bye Felicia, because they should go," said Bilal. "Because if they didn't see anything wrong with that, then they shouldn't have been on the force from the beginning. We are not run by a Gestapo type of community. This has been going on for decades. So at this point now, we should be fighting for those who want to be on this job to treat people fairly and for those who don't, say bye. Get them out of here, those of us who want to do this job right want them gone anyway."

"I'm black first, I'm a human being, and when law enforcement treat people in that manner, they should be gone, and I'm saying this to all of them," she continued. "This is not new, what's been going on. We now got videos, and they say don't believe your lying eyes to some of the videos, and so now we got a nationwide protest. Protest is in our DNA. We had to protest to get here where we are today. We need to keep protesting until we have equality and fair treatment under the law, like our Constitution says it's supposed to be. So let them boys, Bye Felicia, let them go."

Officers now dispute that the resignations were a protest against the department's investigation.