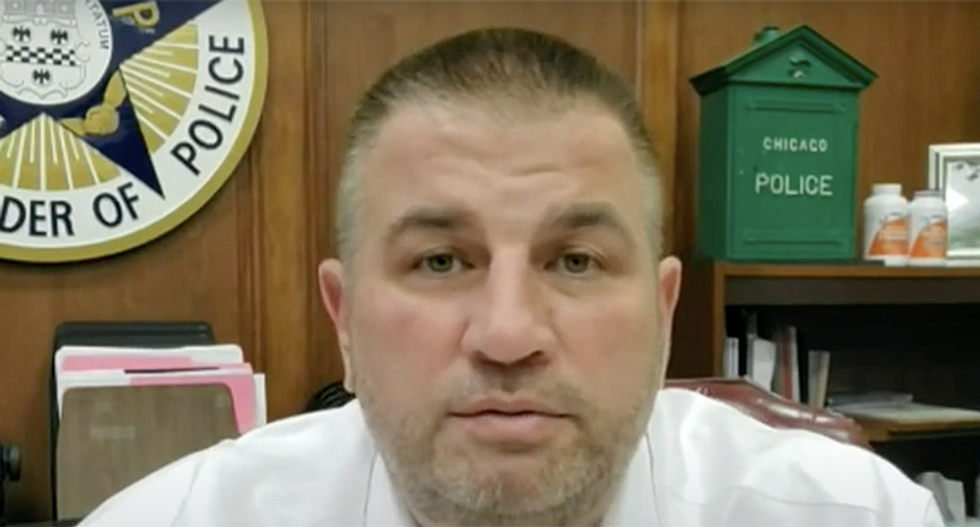 In an interview with Fox News Sunday, Chicago's Fraternal Order of Police President John Catanzara blamed parents for the violence in their communities that have taken the lives of several children.

The right-wing media, which has been obsessed with Black on Black crime in Chicago, showed a video of Palm Beach County resident Latresa Jones complaining about Chicago.

Catanzara said that it was hard to ignore the sentiment and passion of her message.

"I've always said, though, these aren't aliens coming down from outer space and committing these crimes," he continued. "These are kids within this community. There is just a segment of this population in Chicago, and I'm highlighting Chicago specifically, who obviously just want to rob, steal, kill, shoot, all the day long. That's all they wake up doing all day long. I don't think people want to face that reality."

"Until we start holding a little accountability and shame for the parents who are raising these kids -- er not raising them, specifically -- politicians are not to blame it starts at home, and we always know that part of the dynamic," he added.

There have been multiple studies that show that education, opportunity and jobs help significantly decrease violent crime. One study followed Chicago youth and found that having summer jobs decreased violence by 43 percent over the course of 16 months. Similarly, a University of Pennsylvania study examined New York City’s Summer Youth Employment Program (SYEP), which served 34,000 youth each year. Their program saw a 10 percent drop in incarceration and an 18 percent drop in mortality among youth over the three years of the study. Another study found that children who didn't attend a preschool program were 70 percent more likely to be arrested for a crime by the age of 18. It is one of many reasons that Democrats push for better education in all schools, not just for-profit schools, as well as pre-K programs and after school programs and jobs in communities as a means of helping reduce crime. Republicans, by contrast, encourage more money for policing.