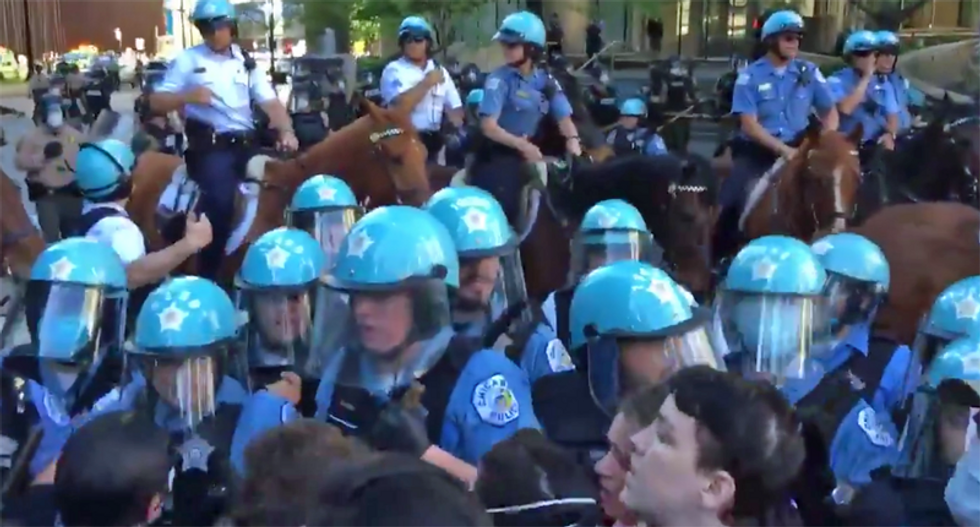 On Friday, WTTW reported that Ghian Foreman, the president of the Chicago Police Board, has filed a complaint alleging he was beaten in the legs five times by police officers at a protest against the killing of George Floyd last Sunday.

The Chicago Police Board is an independent civilian commission that has power over police disciplinary cases.

"Foreman filed a complaint with the Citizens Office of Police Accountability alleging that he was struck by at least one officer during a protest sparked by the death of George Floyd in the custody of Minneapolis police, said Ephraim Eaddy, a spokesperson for the agency," said the report. "Foreman’s complaint, which identifies the officer Foreman said struck him, is one of 344 complaints of police misconduct filed with COPA between midnight May 29 and 7 a.m. Friday, Eaddy said. The complaint itself is confidential."

"Foreman said he had two bruises on his legs where he was struck while protesting police brutality on 47th Street, not far from his Hyde Park home," said the report. "'It hurts bad,' Foreman said, adding that the pain of the bruises paled in comparison with the pain felt by his wife and mother when they learned he had been injured by police."

The Chicago protest on Sunday started out peaceful, but tensions flared as the day progressed.

"Foreman said he tried to diffuse confrontations between police officers and protesters, telling at least one officer to stop 'cursing out a protester,' while telling protesters to be calm," said the report. "Officers’ use of force to disperse the protest could have been justified at points, Foreman said."