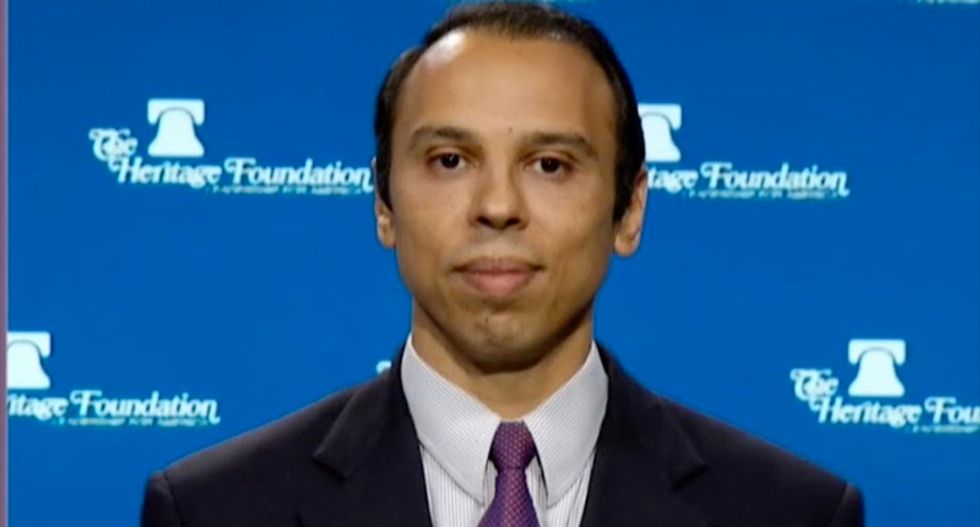 The Trump administration just moved to roll back hard-fought Obama-era healthcare non-discrimination protections for transgender people, just as coronavirus cases are surging in at least 21 states. The timing, too, is notable. While the President does not recognize LGBTQ Pride the move comes in the middle of the month devoted to celebrating and honoring the community, and exactly on the fourth anniversary of the Pulse nightclub massacre.

The Wall Street Journal reports the new rule will take effect in 60 days, ending "a policy that expanded an antidiscrimination provision in the ACA to cover bias against" transgender people.

The move comes from the Dept. of Health and Human Services (HHS) Office of Civil Rights (OCR), which is headed by far right wing religious extremist Roger Severino (photo).

OCR calls the protections for transgender people "overbroad" and "massive and unnecessary regulatory burdens that had been eventually passed on to patients and consumers," while suggesting they are not "substantive."

"This continues the Trump administration’s efforts to roll back protections in health care for LGBT people," Bloomberg Law reports. "The Department of Health and Human Services Office for Civil Rights sees preserving 'religious freedom' as essential to making sure health-care professionals don’t get penalized for the actions they do or don’t do in their jobs because of their moral beliefs."

Severino is responsible for many of the administration's most anti-LGBTQ polices.