‘Citizens are not the enemy’: Ex-Chair of Joint Chiefs rips Trump for politicizing the military 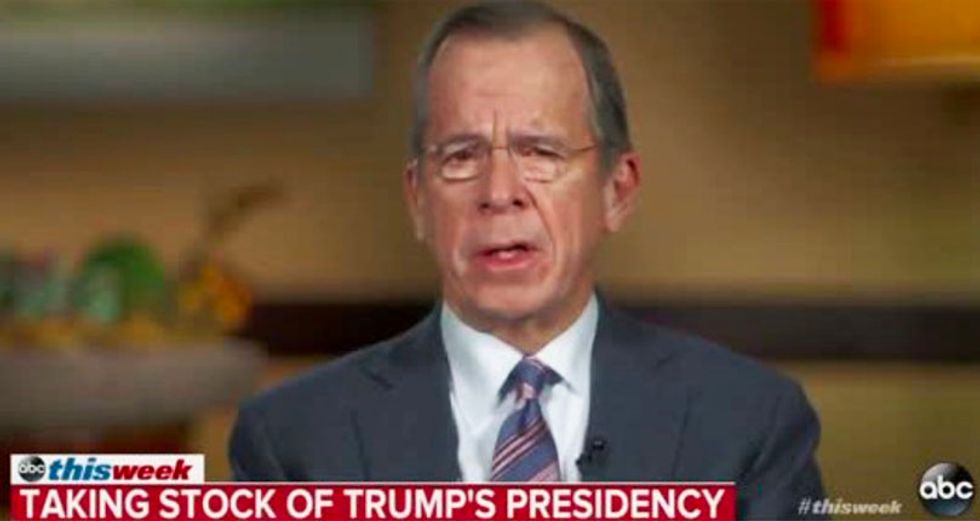 On Tuesday, writing for The Atlantic, former admiral and Chairman of the Joint Chiefs of Staff Mike Mullen laid into President Donald Trump for turning the military on the American people.

"It sickened me yesterday to see security personnel—including members of the National Guard—forcibly and violently clear a path through Lafayette Square to accommodate the president's visit outside St. John's Church," wrote Mullen. "I have to date been reticent to speak out on issues surrounding President Trump's leadership, but we are at an inflection point, and the events of the past few weeks have made it impossible to remain silent."

"Whatever Trump's goal in conducting his visit, he laid bare his disdain for the rights of peaceful protest in this country, gave succor to the leaders of other countries who take comfort in our domestic strife, and risked further politicizing the men and women of our armed forces," wrote Mullen. "There was little good in the stunt."

"While no one should ever condone the violence, vandalism, and looting that has exploded across our city streets, neither should anyone lose sight of the larger and deeper concerns about institutional racism that have ignited this rage," continued Mullen. "As a white man, I cannot claim perfect understanding of the fear and anger that African Americans feel today. But as someone who has been around for a while, I know enough — and I've seen enough — to understand that those feelings are real and that they are all too painfully founded."

"We must ensure that African Americans—indeed, all Americans—are given the same rights under the Constitution, the same justice under the law, and the same consideration we give to members of our own family," wrote Mullen. "Our fellow citizens are not the enemy, and must never become so."

"Too many foreign and domestic policy choices have become militarized; too many military missions have become politicized," concluded Mullen. "This is not the time for stunts. This is the time for leadership."