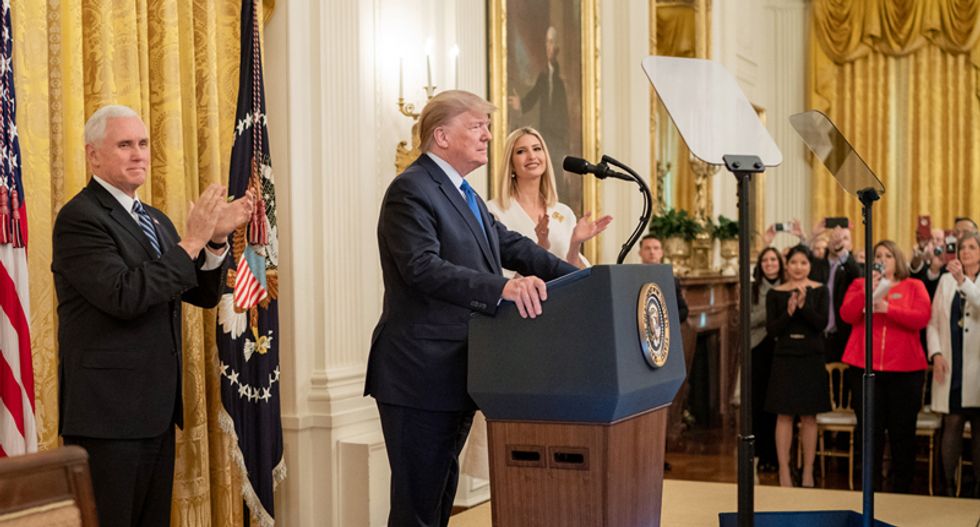 Comedian Rob Delaney offered the leader of the free world a profane greeting as his 74th birthday approaches.

"President Trump's birthday is coming up and there's no better way to wish him a 'HAPPY BIRTHDAY' than by sending him a personal video message," Trump's 2020 reelection campaign posted on Twitter. "Upload your video TODAY."

So Delaney did, shooting a video to the "stupid bigot" president.

"My birthday suggestion to you is just that you resign as president," Delaney posted in a video uploaded to Twitter.

"You f*cking sucked at the coronavirus response," he explained. "I mean, it was miserable and that's your fault personally and as a result, thousands and thousands of people died that didn't need to die."

He also complained about the murder of George Floyd "while his jerkoff buddies watch."

"F*ck those other three cops, by the way," he said. "Alright, so one guy is a piece of sh*t, but then three other guys f*cking stand there watching. I f*cking hate people like that, that's why I hate Ivanka [Trump] and Mike Pence more than I hate you, because you're just f*cking garbage, but they're like, 'yay garbage.'