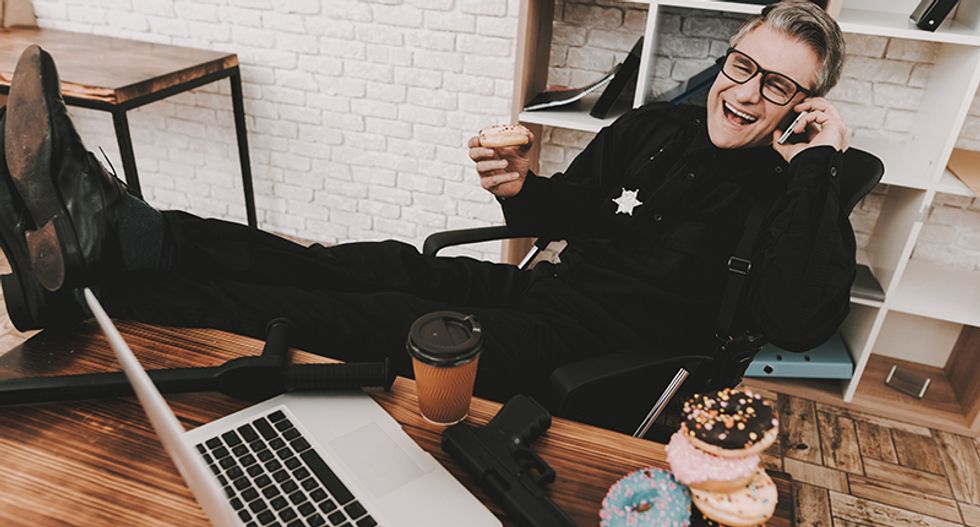 Fox News reported that a Rhode Island doughnut shop has ended its practice of giving discounts to police and military in wake of the responses to the protests for George Floyd.

“We’re fed up," the Instagram post said. "Until local police takes action to solve problems with racism and injustice, Allie’s Donuts will choose to stand with the people of our great state," the announcement said. "We will no longer offer military or police discounts. Thank you for your service, and shame on you for your silence.”

In a statement to WKRN, Allie’s Donuts owner Matt Drescher said, “Times are tough. People everywhere feel unsafe, threatened, and unprotected in their community due to the color of their skin and — regarding those involved in community protection — the style of their working uniforms.”

“Hopefully, we will not lose customers over our willingness to speak up,” he said. “We respect the military for their sacrifice, and their duty. We love every policeman, every fireman, every nurse, every National Guard member, every Naval recruit and officer and all of the men and women in the Air Force, Coast Guard, Army, and armed forces.”

Others chose to rant instead:

@AlliesDonuts I’m thinking of organizing a “Support law enforcement” protest at @AlliesDonuts next Saturday unless… https://t.co/gL2K7PCJcv
— The Boss (@The Boss) 1591533276.0

@AlliesDonuts SHAME ON YOU! STUPID decision to decide to no longer give a discount to military or police officers.… https://t.co/60uYR1MG3R
— DanaAnne (@DanaAnne) 1591500337.0

🛑 Call to SHUT DOWN @AlliesDonuts tomorrow morning. Bring your cars and take up as much LEGAL street parking as we… https://t.co/XU6Bsa1hqg
— ThisIsReality (@ThisIsReality) 1591505599.0