DC police demand people standing in line to vote go home — even though they're exempt from curfew: report 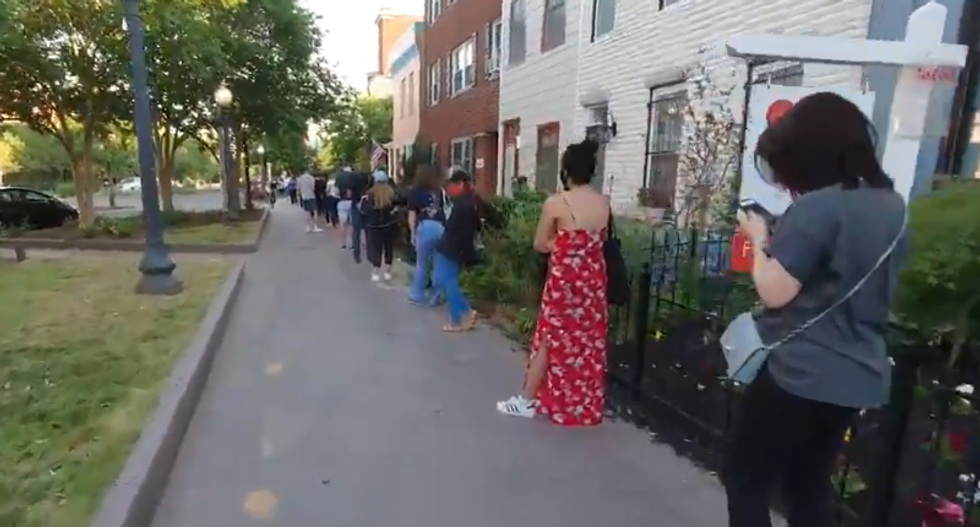 Although Washington, D.C. is under curfew due to the George Floyd protests, the DC Board of Elections and Mayor Muriel Bowser have made clear that anyone waiting to vote in the district's primary elections are exempt from the curfew.

But according to the reports of at least one voter, some police in the district are still telling people waiting in line to vote to disperse and return to their homes.

At the Hardy Middle School Ward 2 voting station and a cop car just passed by, announcing that everyone must go home because of the curfew.
— Sherene Joseph (@Sherene Joseph)1591141658.0

@mimi_montgom I know- full on announcement. The people working here rushed out and I overheard someone saying he wa… https://t.co/iuz6fbP3V9
— Sherene Joseph (@Sherene Joseph)1591142086.0

This is in DC, where the cops are—surprise—not respecting the fact that those voting are exempt from curfew https://t.co/VmLIzRoUf3
— David Nir (@David Nir)1591143092.0