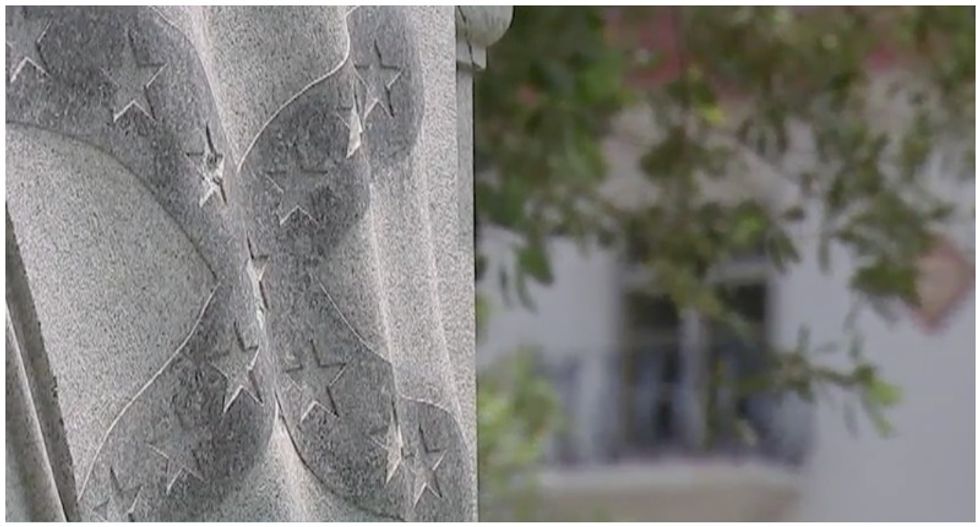 This Sunday, 38 descendants of Confederate soldiers filed a lawsuit to postpone the relocation of the Confederate Obelisk in St. Augustine, Florida, Action News JAX reports.

“This monument was a communal effort, public art, and social history," attorney John Terhune said. "Ex-soldiers and politicians had a difficult time raising funds to erect monuments so the task mostly fell to the women, the mothers, widows and orphans, the bereaved fiancees and sisters of the soldiers who had lost their lives."

According to the lawsuit, the St. Augustine City Commission didn't have the necessary vote to have the monument removed.

"The Monument is a form of expressive speech with a message related to the War Between the States and does not include Confederate markings,  The expressive speech, and message projected by the Monument is generally understood to be from the mothers, sisters, and widows of the war dead,” Terhune continued.  “The petitioners are the lineal descendants of these mothers, sisters and widows and would suffer irreparable harm should the memorial to their relatives be damaged or destroyed.”

The lawsuit seeks to have temporary injunction on the monument's removal  so a "feasibility study" can be conducted.