Detective involved in killing Breonna Taylor fired by Louisville chief: 'I find your conduct a shock to the conscience' 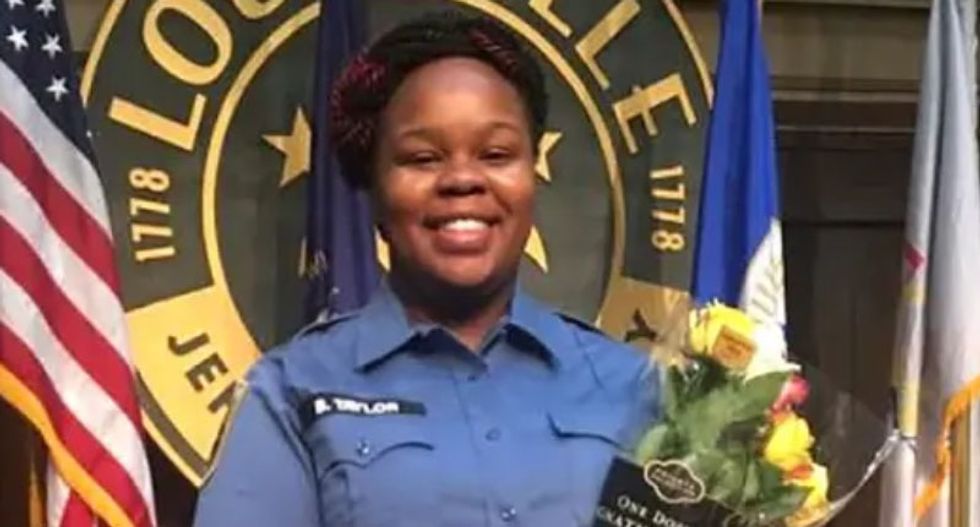 On Tuesday, NBC News reported that the Louisville chief of police has fired one of the detectives responsible for the death of Breonna Taylor.

"In a two-page letter to Louisville Metro Police Department detective Brett Hankison, chief Robert J. Schroeder said that Hankison violated the department’s regulations and deadly force standards," reported Tim Stelloh. "'Based upon my review, these are extreme violations of our policies,' he wrote. 'I find your conduct a shock to the conscience.'"

Taylor, a Black emergency technician, was killed during the execution of a no-knock warrant in March. Her death has so far not yielded charges for any of the officers involved, and has been one of the key events that has triggered nationwide protests over police brutality.