Did Trump ignore governors talking about reopening the economy to tweet his thoughts on China? 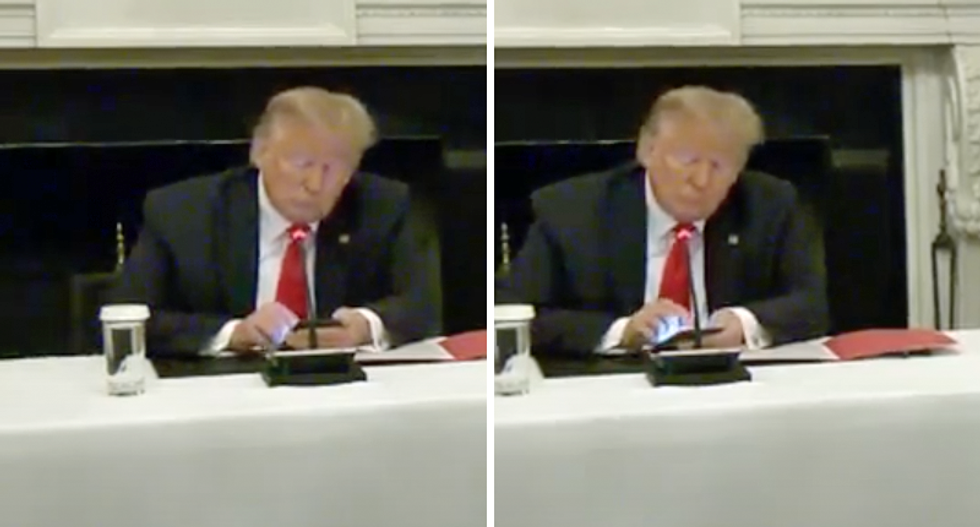 President Donald Trump was seen looking at his phone during a White House roundtable with governors about reopening the economy.

Governors Pete Ricketts (R-NE) and Kevin Stitt (R-OK) were among those in attendance.

.@realDonaldTrump is seen typing on his phone as he participates in a roundtable with Governors on the reopening of… https://t.co/pKPPNCNoi7
— Doug Mills (@Doug Mills) 1592511708.0